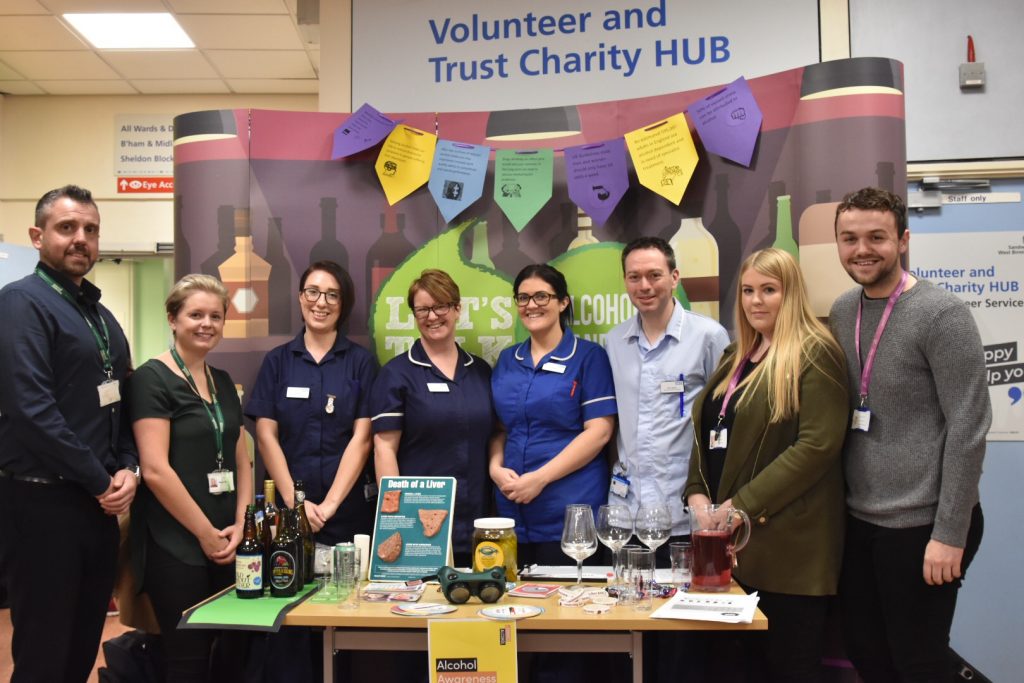 More than one in 10 Sandwell residents binge drink, new figures released by the Trust have revealed.

It means that 40,000 people are increasing the risk to their health by consuming excessive amounts of alcohol in a short period of time. The statistic was revealed by the Alcohol Team at the Trust. The team is holding a series of events to mark Alcohol Awareness Week, which started on November 19.

Arlene Copland, Alcohol Lead Nurse at the Trust, said: “The theme for this year’s campaign is about ‘change’, and that’s what we are encouraging people to do. In Sandwell, a staggering 40,075 people are binge drinking. Around 90 per cent of these people are increasing the risk to their health by doing this. It can have serious effects on all parts of your body and you can develop long-term issues.”

As part of Alcohol Awareness week, events are being held at both Sandwell and City Hospitals. There will be an alcohol-free drinks tasting session, a quiz, and visitors to the roadshows will be able to try on ‘beer goggles’ which allow the user to experience what the world looks like after a few drinks. They will also be encouraged to take part in surveys to learn more about their drinking habits.

Arlene added: “We will also urge people to make simple pledges, such as having more alcohol-free days and not drinking more than 14 units of alcohol per week. We hope that patients, visitors, and staff at our Trust will be able to learn more about the impact alcohol has on their health and wellbeing as a result of these events.”

The alcohol team was established over a year ago, but they have already seen nearly 2,000 patients and saved the Trust around £133,000 by treating many of them as outpatients. Arlene said: “We have been working with our partners, CGL (Change Grow Live Birmingham) and the charity Cranstoun, which is based in Sandwell, to deliver a wide range of treatments to help patients reduce their alcohol intake or quit drinking completely.

“We see patients who present to the emergency departments and those who are admitted to the wards. We support them whilst they are in hospital and also in developing a treatment plan afterwards. We also receive referrals from GPs to see patients whose drinking is so severe, they cannot be treated by the community services.”

The teams will be at Sandwell Hospital on Friday, 23 November, between 11am to 2.30pm.