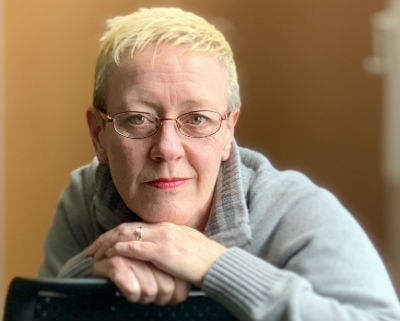 The Alcohol team at a West Midland healthcare Trust is backing calls to introduce a minimum unit price of 50p to help tackle misuse in the community.
Arlene Copland, Alcohol Lead nurse at Sandwell and West Birmingham NHS Trust (SWBH) said the policy change is important in reducing alcohol-related harms.
Scotland introduced a MUP in July last year whilst Wales is also to follow suit later this year.
Research by the Alcohol Team has found that a three litre £3.70 bottle of Frosty Jack Cider costs just 16p a unit.
Arlene added: “There is a correlation between what alcohol costs and how much people drink; the cheaper the alcohol, the more that is consumed,” she explained.
“For example, students have a certain amount of money to spend so often buy the cheapest alcohol they can find and ‘pre drink’ at home before going out. A recent NUS study found that whilst intoxicated 45 per cent of students regretted their actions, 41 per cent took risks with their personal safety, 28 per cent injured themselves and 19 per cent had unprotected sex. If they consumed less alcohol, the consequences of excessive drinking would also reduce.
“The alcohol team work with people every day whose lives have been significantly affected by alcohol and the emergency departments around the country have numerous people who have become intoxicated and as a result of this have been involved in violence, suffered injuries or alcohol poisoning.”
The organisation’s calls for MUP to be introduced, are also backed by patient Rachel Bassett, aged 46, from West Bromwich.
Her drinking problem had spiralled out of control and her weight plummeted down to just six stone – her family were convinced she would die before Christmas.
Finally she sought help from the SWBH Alcohol team and she has now been sober for nearly a year.
“I’m fully backing the Trust’s calls to introduce a MUP,” she said. “My misuse really started when I discovered cheap cider – I could buy a two litre bottle for just £1.29.
“I would wake up in the morning drinking and fall asleep with a glass of cider in my hand. It became very easy for me to buy alcohol because it was so affordable. Had there been some sort of cap on it, I would have stopped because I wouldn’t have had the money to pay for it.
“Alcohol ruined my life and I don’t want anyone else to go through what I did – that’s why I think it’s so important for this policy to be approved. It won’t affect the ordinary ‘man on the street’, but it could really help to tackle alcohol misuse.”
Arlene and her team have been raising awareness of the campaign at City and Sandwell Hospitals, by holding roadshows.
“We demonstrated to patients, visitors and staff the real truth about alcohol pricing,” she added.