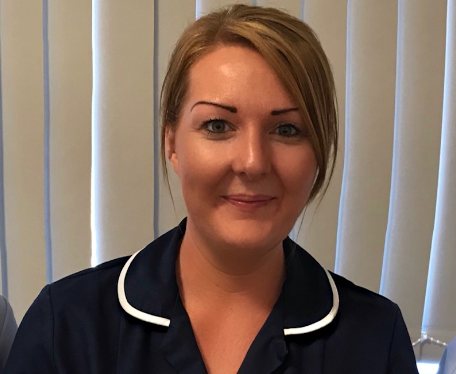 Every week we take a look at a local NHS Hero from Sandwell and West Birmingham NHS Trust (SWBH) and every week we see a variety of individuals from across the region all of whom have very different backgrounds and come into the health service in very different ways.  The career of today’s hero could’ve seen them end up as an estate agent, working for the council or even being a fitness advisor – but fortunately Helen Taylor found her calling in nursing.

A 12-year veteran of the NHS, Helen’s role is Lead Nurse for the Trust Homeless Patient Pathway (HPP) Team at SWBH. The Homeless Team was created in 2013 as a direct response to the Health and Social Care Act of the previous year, which pushed for Clinical Commissioning Groups to take responsibility for the healthcare of socially excluded groups such as vulnerable migrants, sex workers and the homeless. Originally a pilot programme by the Trust, the initiative – then a two person team which included Helen – was subsequently funded by the Department of Health.

“Care of patients experiencing homelessness is complex and requires an understanding of the interrelated problems that affect physical, mental, drug, alcohol and social ill health,” explained the 40-year-old, mum-of-two from Essington.

Now well-established, (the process of which she counts as a personal career highlight) Helen’s team helps to improve the homeless patient experience which includes needed interventions such as helping to secure accommodation, advice and signposting, food, clothing and toiletries. This has all helped to have a proven reduction in readmission rates.

But, it could’ve all been so much different. It was when she was made redundant as a fitness manager she decided to go to Staffordshire University to train as a nurse, having enjoyed helping people reach their goals in her previous role, that sense of making a difference to someone was enticing to her.  Helen would then go on to work directly with people suffering from drug and alcohol misuse and mental health issues.

While they may perform a 9-til-5 working week, thanks to the joined up care the team provides there is also no one type of shift for the team. As the potential needs of a homeless patient admitted to hospital sees Helen and colleagues Louise Edwards and Alycia Deacon working with a variety of related teams both internal and external.

“My driving ambition now is making a difference to the less fortunate and most vulnerable of our society,” she added. “What most people do not realise is that homelessness can affect all walks of life, from the high flying business man to the unfortunate teenager who got hooked on drugs due to a traumatic childhood. They can be of all nationalities, young or old, male or female, married or single, employed or unemployed. There is no one ‘stereotype’.”

Helen’s future seems pretty fixed; HPP continues to grow as does the increase in homelessness, thanks to things such as spiralling rents, welfare cuts and a lack of social housing. Figures show that one in 73 people are now defined as homeless in Birmingham. When you consider the average age of death for a homeless person is thirty years below the national average, working against these “shocking” figures is a big challenge for HPP and one Helen is prepared to throw herself into working to combat.

“I see myself continuing to nurse vulnerable patient groups until I retire. Everyone deserves help in their hour of need,” she added.