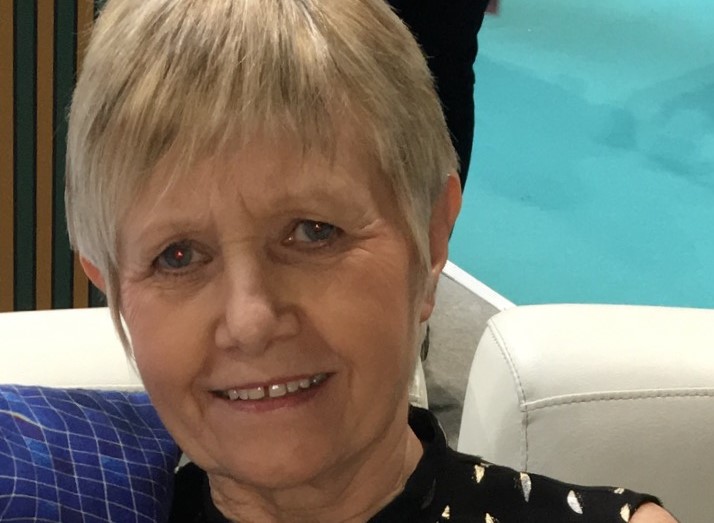 In the majority of cases the first member of staff people meet in a hospital isn’t a doctor or a nurse, it’s the receptionist – certainly in non-emergency cases.

A receptionist has to be not only the front facing member of staff dealing with appointments for the hospital, but be something of a walking encyclopaedia for everything that goes on in it.

NHS Hero Sandra Davies is a long-standing member of the health service, having been helping patients for over four decades.

“I’ve been working as a receptionist at the outpatients department where I have worked for several years now,” said Sandra. “But I actually started in the NHS back in March 1977, although at the time I was training to be a nurse. Unfortunately, four months down the line I realised that whilst the NHS was for me, nursing wasn’t!

Since then, or March 1978 to be specific, the now 62-year-old mum-of-two has been a part of the NHS helping patients in a different way.

“I started at the Old District Hospital in the General Office, and then moved to Sandwell when it was built. There I worked as a ward clerk before moving on to be a receptionist in various areas, including antenatal, the chest clinic, A & E and of course outpatients reception, where I am now.”

After 41 years as a part of the NHS, Sandra says it’s hard to specify any career highlight because it’s all been so satisfying.

“I have loved working at Sandwell General Hospital and I am proud to be a long serving employee here. Meeting and greeting patients, booking appointments, dealing with any face-to-face queries, knowing I can make a difference to a patient’s experience – putting an anxious patient at ease or resolving a problem for them – is its own reward.”

Outside of work and when not in the company of her family, including her two-year-old grandson Noah, Sandra spends her spare time enjoying life, going out to the theatre, eating out and more but the ties Sandra has developed whilst at Sandwell aren’t that far away.

“I have been really lucky that many of my colleagues have become my best friends.”