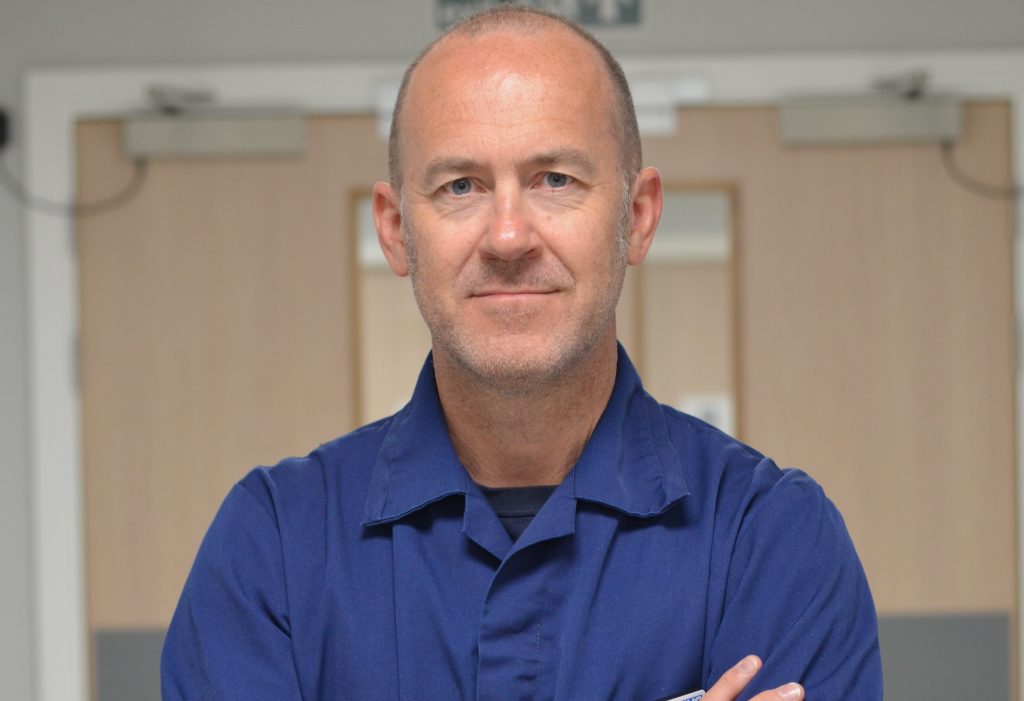 NHS Hero: No job too big or too small for Research Nurse Ash

If things had been different for Ash Turner and his dreams had come true, he would have ended up playing football for West Bromwich Albion. But instead nursing happened –  and it seemed to choose him rather than the other way around.

Initially joining Sandwell and West Birmingham NHS Trust in 1989 as an Operating Department Orderly ‘just to pay the bills’, colleagues suggested he should apply to train in nursing. Since that time he’s been a ward manager, a clinical bed manager and a complex discharge nurse and has enjoyed all those roles.

There’s been some interesting moments too. He explained: “As clinical bed manager I was often duty manager for the hospital and on one occasion I took a major incident alert call from ambulance control saying that ‘up to 200 nuns had fallen through the stand at Alexandra Stadium, could we stand by for casualties and further information’. Confused we went into our major incident plan but were more than a little relieved to find out it was actually only a few people dressed as nuns who had fallen off the stage at a sing-a-long Sound of Music performance at the Alexandra Theatre. There were some cuts and bruises, but thankfully we were stood down from Major Incident status!”

His current role as a research nurse is a little different.

“It involves recruiting patients to research studies which we run here at the Trust,” Ash explained. “We follow the patient through their experience – this could be anything from arranging investigational medicines and procedures, to simply tracking the interactions a patient has with their various health and social care providers.

“We then gather and submit all the data which helps to see if what is being done is of benefit, and moves us all forward into a better position for patients.”

It’s a role, Ash tells us, that brings its own rewards.

He said: “I’ve always been engrossed in whatever job I’m doing but inevitably repetition can take a toll on that. However, the joy of working in research is that the idea behind the study is always fascinating. Seeing studies that you’ve worked on change clinical practice is incredibly rewarding. And realising that you’ve played a small part in improving outcomes for not just one patient, but all future patients who are in the same situation is very satisfying.

“Plus the people you meet, particularly the patients who volunteer to take part in research, are always great. They’re there as they want to ‘give something back’ to the NHS. It’s all very heart-warming.

“An elderly woman once told me ‘my dear, every pill I’ve ever taken and every procedure I’ve ever had, somebody else has had to volunteer for previously’ which is very true of course – and a lovely attitude.”