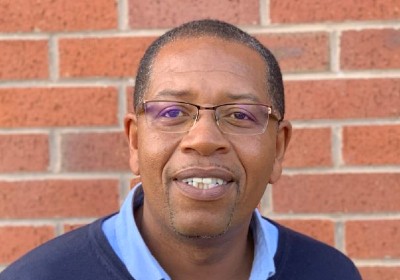 He may not wear a cape to work, but don’t let that fool you, for fundraising superhero Edward Edmead has in the last two years helped secure and grow funding for a number of key outreach projects to greatly benefit the local area.

Eddie, as he is known to his friends and family, is Major Grants Manager for Your Trust Charity, which is the official charity for Sandwell and West Birmingham NHS Trust.

It’s a role he admits has expanded during his time at the Trust. Prior to working with the NHS, the 55-year-old, from Stechford, had worked as an independent consultant and more than 20 years as a regeneration manager for Birmingham City Council.  Now his role is one that is primarily involved with managing the grants commissioned by the charity, as well as helping to generate new business opportunities for it. He also works to secure new sources of funding, monitors those sources and justifies how the money is spent.

Eddie said: “Some of the social impact work we’ve been doing includes working with third sector organisations and helping them to secure funding to keep their services going.

“An example of this is the Sapphire Service. After initial work with partners Agewell and the West Bromwich African Caribbean Resource Centre, I helped to set up proposals which ultimately helped attract nearly £400,000 worth of funding for what was initially a pilot project and is now delivered right across Sandwell; that was certainly a highlight for me.

“As was helping out the then CAPE Community Centre near to City Hospital, assisting with interventions for elderly services. Work with them subsequently helped to attract a lot of funding to help sustain and continue that project.”

He added: “People drive me – I’m very people-centric, and like to see positive change. The work I do and encourage others to be involved in, is always about what change we can do today or what we can impact tomorrow.”

One person that had a big impact on Eddie was his father . “My dad passed away several years ago now, but he was always a hero of mine,” recalled Eddie. “He was very strict – but strict in terms of understanding what was right. He came here from the Caribbean in 1956, as a 21 year old, and was looking after both his family here in the UK and working hard to support the extended family he left behind.  He was the eldest brother. He made sure everyone and everything was fine.”

Sport plays a big role for Eddie outside of the Trust. A lifelong Baggies fan, he also used to play cricket in his youth and would have loved to have made a career out of it in another life, but at the time it just wasn’t an option financially. He still plays, if by his own admission “badly”, but he also spends his free time watching and helping his youngest son Niall with his cricket, with the teenager involved in the Warwickshire county setup for the last couple of years. For Eddie, whose wife Michelle is also very busy, it’s all part of getting the work-life balance right.

If he had the chance he would happily take a ‘beach comber’ holiday to get away from it all, although one with the benefits of his gadgets. “I’ve got to have my music and my iPad, I like a little bit of luxury,” he laughed.

“There are so many career opportunities within the NHS and it’s only now that I fully appreciate the vast range of things you can do while you’re here – not just clinical but the non-clinical, and I can certainly say it’s a great place to be.”