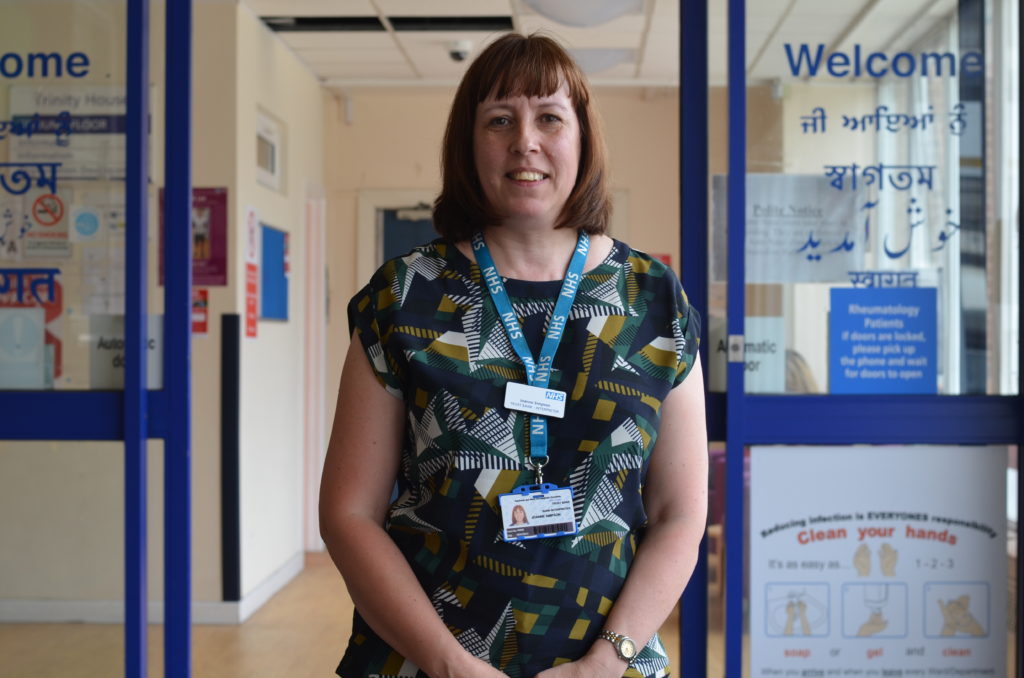 Communication can be a matter of life and death, and in such a diverse area as the West Midlands, NHS Trusts employ a number of interpreters to help those for whom English is not their first language.

One such person is Joanne Simpson who works as an Albanian translator, primarily for women, who are often pregnant asylum seekers. Having lived in Albania herself as a charity worker, Joanne is all too aware that this can pose special challenges, as her charges include those who may have been brought over into the UK as part of the sex trafficking trade. They can be traumatised and vulnerable.

Thankfully Joanne is there to offer care and support and help to reduce the barriers for these patients to the health services they need.

Joanne explained: “I qualified as a nurse in 1991 at Sandwell Hospital before completing my paediatric nurse training in 1994, and worked on the children’s unit for seven years.

“It was after this I went to Albania in August 1999 and worked with a church-based charity as a nurse, spending eleven years helping and supporting people with their medical needs.”

In December 2010, Joanne returned to the UK, and two years later found herself working as an interpreter at Sandwell and West Birmingham NHS Trust.

The 50-year-old, from West Bromwich, travels across the local area to offer support to GP surgeries, children’s centres and also assists on home visits.

She also supports staff at  Sandwell, Rowley Regis and City Hospitals.  Her work and dedication saw her win the award for Equality and Diversity Champion at the Trust’s annual Star Awards.

She explained: “I love meeting new patients, but there are many patients who I see regularly so they feel they have continuity of care and are able to build their trust in me as an interpreter. I understand what it is like to live in a foreign country and not be able to speak the language.

“It always makes me smile when I see the surprise on their faces when they ask me where I was born in Albania and I tell them I am English. It certainly starts a conversation. It’s easy in that situation to feel isolated and it’s the ability to connect people with the health service, to provide that support and understanding that drives me each day.”

Outside of work Joanne enjoys knitting, reading and going to the cinema. She’s also still actively involved in her church in Dudley supporting the mission in Albania, occasionally going out there on holiday – which, along with keeping up with friends, allows her to keep her language skills current.

“In all honesty, I secretly fear forgetting the Albanian language. Nursing was the only profession I wanted to follow and I never thought I would be an interpreter as I was rubbish at languages at school.

“If I hadn’t gone to Albania I may have done more specialist nurse training, but now I love interpreting. It’s still making the difference to people, just in a different way