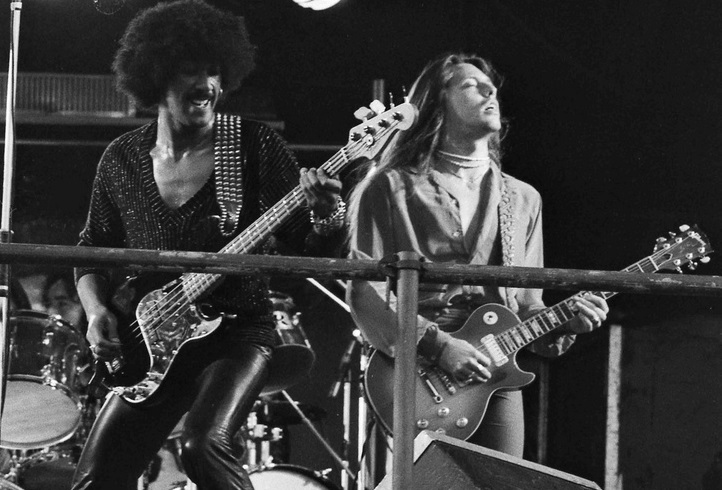 Thin Lizzy star Phil Lynott will be honoured by NHS bosses who are to unveil a plaque at the West Midlands hospital where he was born 70 years ago.

The memorial will be placed at West Bromwich-based Sandwell Hospital, which was formally known as Hallam Hospital, his place of birth, with the ceremony taking place on 23 August.

Phil, who died aged 36, lived in Smethwick for a short time with his mother Philomena before she moved to Manchester. She finally returned with him to her native Ireland, where he spent the rest of his upbringing before he went on to form Thin Lizzy.

The band is famed for hits such as The Boys Are Back in Town, Jailbreak and a cover of the Irish classic Whiskey in the Jar.

Sadly, Philomena, who was delighted to learn that the hospital intended to remember him in the place where he was born, died on 6 June this year. Money for the plaque has been raised by the local community and musician H from Dizzy Lizzy, along with writer Sean Meaney, who have been leading a campaign to honour the popular frontman.

Phil has already been immortalised with a statue in Dublin. Another monument which is a bust of Phil, will be unveiled also on 23 August in West Bromwich town centre.

Sean said: “We lost Phil far too soon and it is sad that his mother wasn’t able to see this day.

“Despite her failing health, the devoted 88-year-old had told friends it was her dream to travel back to West Bromwich one final time to see her late rock star son honoured in the place of his birth. She was very emotional and felt that life had now come full circle.

“She sadly passed away just 10 weeks before the ceremony was due to take place. It has left us all shocked and tinged with sadness. It is the end of an era that will never be filled with such courage, determination and emotion.”