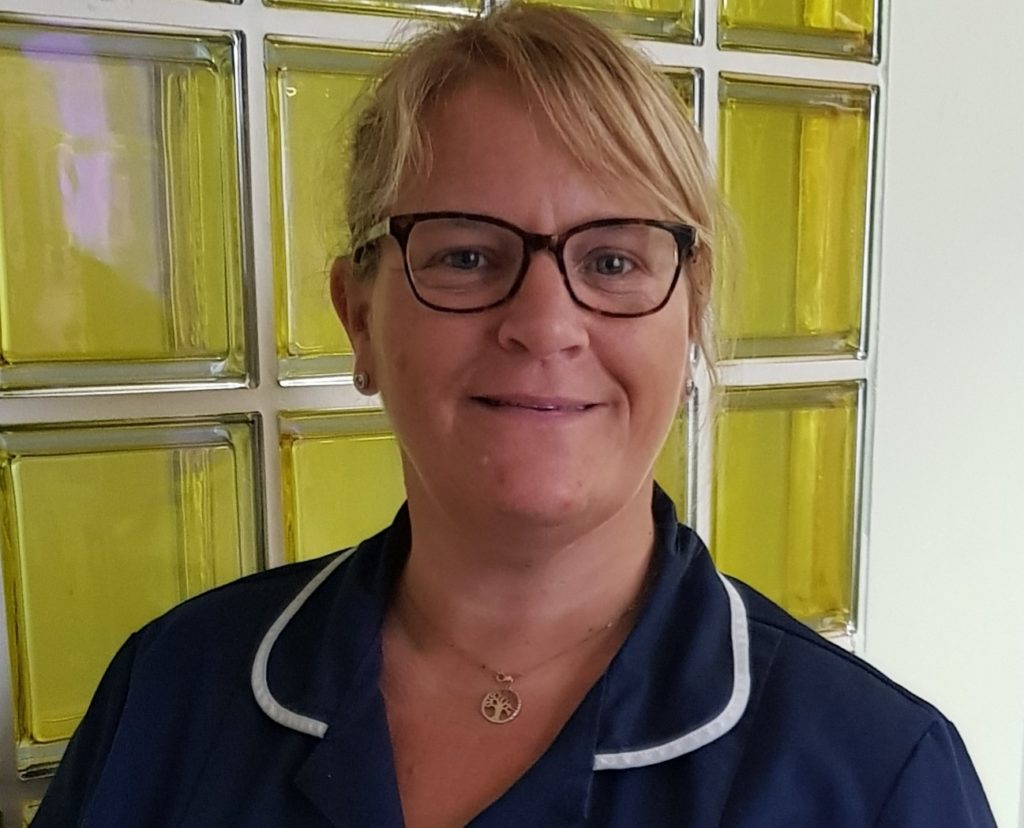 Today’s NHS hero knows quite a few people out there, as she’s assisted in bringing a large number of people to the region – over a thousand in fact – as our spotlight this week falls on midwife Amanda Brown.

Qualifying as a student nurse in 1995, Amanda initially worked in Burton-on-Trent in orthopaedics and trauma. She moved to Birmingham the following year to continue in this field for six years.

“While at the Royal Orthopaedic Hospital in Northfield there was a nurse doing flexible work shifts, as she was also doing her midwifery training,” Amanda explains. “Every shift she did I would ask her question after question about what midwifery entailed. I guess it stemmed from when I was a kid, I always wanted to bring life in to the world, all my dolls gave birth and breast fed! One day I must’ve exhausted her of answers, as she told me to apply to do it myself if I was so interested – so I did!

“I started as student midwife at Sandwell and West Birmingham NHS Trust in 2001 and spent a long and hard 18 months learning a completely different profession. I hadn’t studied for many years and felt very ‘rusty’, but I soon got back in to the swing of it and before I knew it I had passed with 2:1 degree in midwifery.”

The 47-year-old from Rubery has been working in maternity at the Trust since then, barring a year off during which she had a daughter of her own. She spent six years working in the labour ward before moving to be a part of the team working on the midwifery led Serenity Unit in 2010.

“It’s a very emotional role, and a very rewarding job,” Amanda admits. “One that has made me laugh till my stomach hurt and cry till I can’t cry anymore and every other emotion in-between. The satisfaction of seeing that magic where women become mothers, that’s what drives me on. I especially love working Mother’s Day, much to the disapproval of my own daughter I might add!

Outside of work Amanda enjoys newly married life with her partner and her now 14 year old daughter and though she would have loved to have been a photographer (a birth photographer naturally) in another life in her spare time she’s a qualified reiki healer and scuba diver.

Inside of work however, there’s never a dull moment. Especially when you’ve effectively helped to birth (not deliver – “pizza men deliver, women give birth”) an entire village-worth of people.

“I only record my own personal births. Not student’s births, c-sections or instrumental births. So, I’ve actually looked after many, many more women and babies than 1000 but in April last year I officially facilitated my 1000th birth in Serenity’s Room 2. I was honoured to be with this lady and secretly very excited to be reaching this milestone. She had a baby girl and I even gave her a congratulations card. I know every birth is special but this one was a little extra special.”