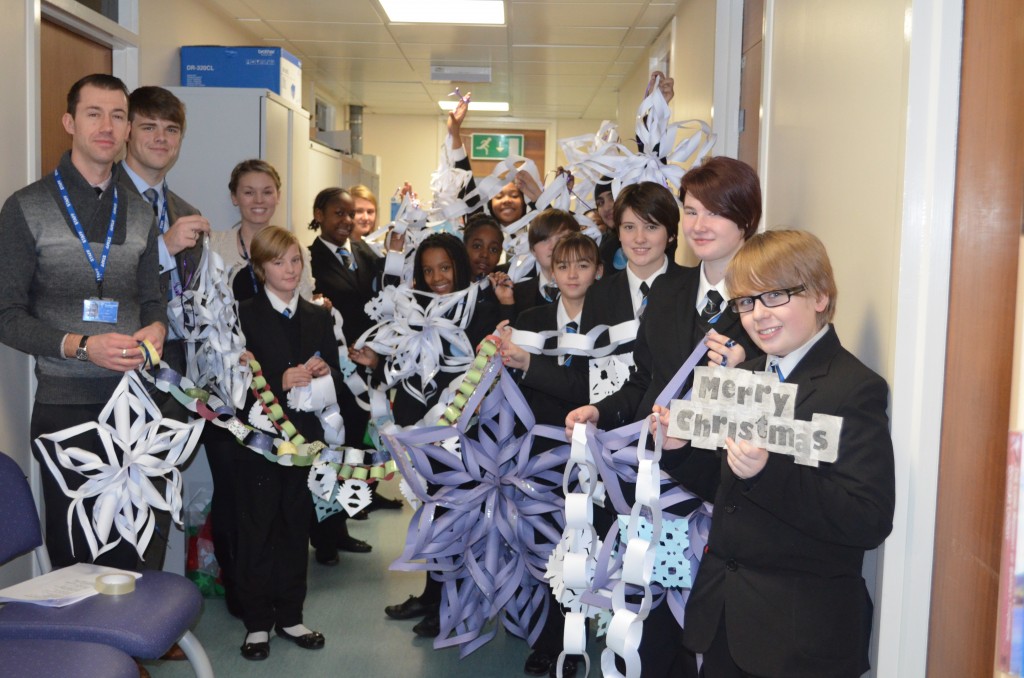 Hospital charity receives over £7,500 in Christmas gifts from generous locals

Local companies, community groups, schools and individuals have been responding in their droves to Sandwell and West Birmingham Hospitals Charity Christmas appeal. The charity has received more than £7,500 worth of donations to support children staying in hospital over the festive period.

Children have enjoyed visits from West Bromwich Albion players, Santa, Rudolph and a host of other characters, all of whom have stopped by with bags of gifts since the beginning of December. Organisations such as The Oak House Museum in West Bromwich, West Midlands Fire Service, Sainsbury’s Distribution Centre in Coleshill, B&Q Coventry, Rosie’s Helping Hands, Sandwell Garages and Mecca Bingo all responded to the hospital charity’s plea to help them ensure that sick children in the West Midlands have an amazing Christmas.

Carly Jones, Head of Fundraising for the SWBH Charity, said: “We’ve been completely overwhelmed by the generosity of the local community. Their kindness is making a huge difference to sick children in the West Midlands this Christmas. We could never have anticipated such a wonderful response and we want to say a big thank you to everyone who’s got involved.

“Sandwell and West Birmingham Hospitals NHS Trust has the largest paediatric unit in the West Midlands, covering sites at City Hospital in Birmingham and Sandwell Hospital in West Bromwich. We want everyone to know about the fantastic care and support children and their families receive, which is why we launched the Christmas appeal.”

And it doesn’t end there. Throughout the Christmas period, Queen’s Square Shopping Centre in West Bromwich will donate £1 for every wish received in their Make a Wish campaign, and local Asda stores in Great Bridge and Tipton are collecting gifts from generous customers.

The SWBH Charity supports Sandwell and West Birmingham Hospitals NHS Trust to fund additional facilities that enhance the experience of patients and their families. The Charity is currently raising money to redevelop its children’s play area at Sandwell. If you want to find out more contact the fundraising team on 0121 507 5196 or email swbh.fundraising@nhs.net.