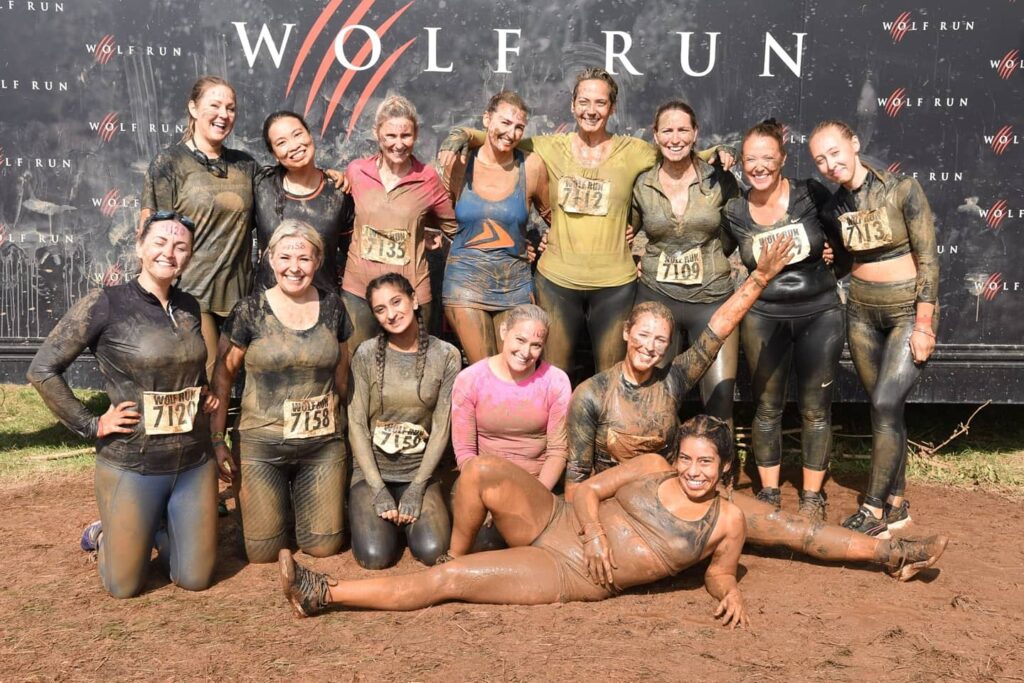 Critical Care nurses from the Trust have raised more than £2,000 for charity after taking part in a gruelling 10km challenge.

The nurses from waded through muddy waters to complete the Wolf Run in Offchurch Bury, Warwickshire, after it had been postponed twice. Money raised will go towards the Trust’s charity, Your Trust Charity, specifically the Critical Care fund. It will pay for equipment that aids care and recovery for patients.

Sarah Bone, Senior Sister, first arranged for the team to take part in the challenge in 2020, but it was called off due to COVID. It was postponed again in September the same year, and finally 12 months later it went ahead.

Sarah said: “We were all, by our own admission, not quite in the shape that we were for the original date. But we got through as a pack helping each other through some extremely muddy troughs, over high ropes and under low tunnels.  At the end we each said our cheeks hurt so much from laughing. We all came back with various bumps, bruises and scrapes, but despite signing the disclaimer that informed us we could be seriously injured or die during the run, fortunately none of us did!

“This was a much needed team event that made us think of something other than COVID for two-and-a-half hours, and the money we raised made it all worthwhile. It was a tough 10km route but despite all of this the team are asking what we can do next and also have so many more people signing up for the mud run again next year.”