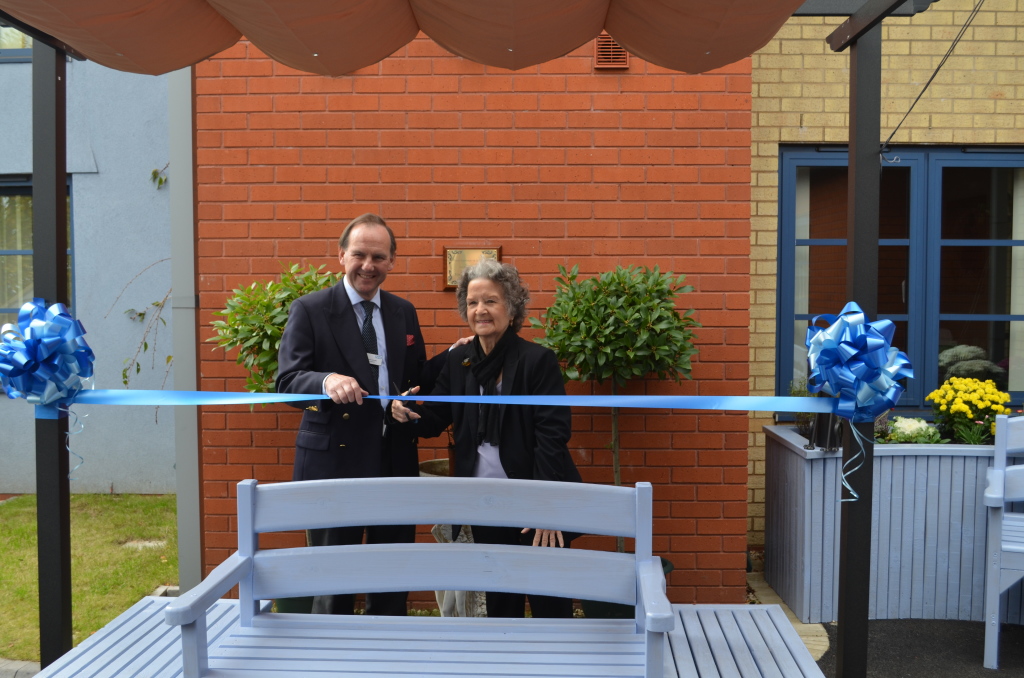 STAFF, former patients and friends saw the unveiling of a new commemorative garden at Leasowes Intermediate Care Centre on Oldbury Road in Smethwick today, nine months after an articulated lorry left the road, crashed through the railings and struck the building, becoming embedded in a wall.

Dedicated to the memory of former patient and community campaigner for older people, Anthony Salter OBE who passed away earlier this year, the garden was officially opened by his wife Sheila Salter and Sandwell and West Birmingham Hospitals NHS Trust Chairman, Richard Samuda.

It was decided to open the gardens in honour of Tony (as he was known to the people of Sandwell), as he had raised the prominence of older people’s rights over many years locally, was an original founder of Agewell and was a friend of Leasowes, having spent two spells in the Centre’s care during the previous five years.

Sheila Salter was accompanied by her three daughters and a son-in-law.  Jayne Salter-Scott spoke on behalf of the family, paying tribute to her father but also to the work of the staff at Leasowes who had been able to rehabilitate Tony on two separate occasions until he was well enough to return home.

Although repair work was undertaken quickly at the time of the lorry crash, in which incredibly, no one was seriously hurt, the incident coincided with significant investment into Leasowes.  This was possible following a successful bid for £903,700 from a Department of Health scheme to “Improve the Environment of Care for People with Dementia.” The monies raised have also enabled the Trust to refurbish 12 wards and some public areas.

Speaking at the launch, Richard Samuda said, “Despite some testing times earlier this year when we had to evacuate Leasowes, staff have come through with such determination and enthusiasm.  It’s very gratifying to see the Centre not only restored to the full, but with the added bonus of the tranquil and picturesque garden which provides the ideal outside setting for all patients coming through its doors.  We were pleased to dedicate the space to the memory of Tony Salter and show our appreciation for both his support and that of his family for the work we do at Leasowes.”