Staff from a leading supermarket brought Christmas cheer to Sandwell Hospital when they came bearing over 200 gifts for the young and old.

The presents were given to patients in elderly care, and a giant haul was left for youngsters on the Children’s Ward by generous staff from Tesco Extra in West Bromwich. Patients were left delighted by the visit, which was arranged by Your Trust Charity.

Sam Walden, Matron for Lyndon 4 ward, said of the visit: “When I had the call telling me there was going to be a special delivery for the elderly patients here it lit me up. There has been a real buzz and both patients and staff have really enjoyed themselves. 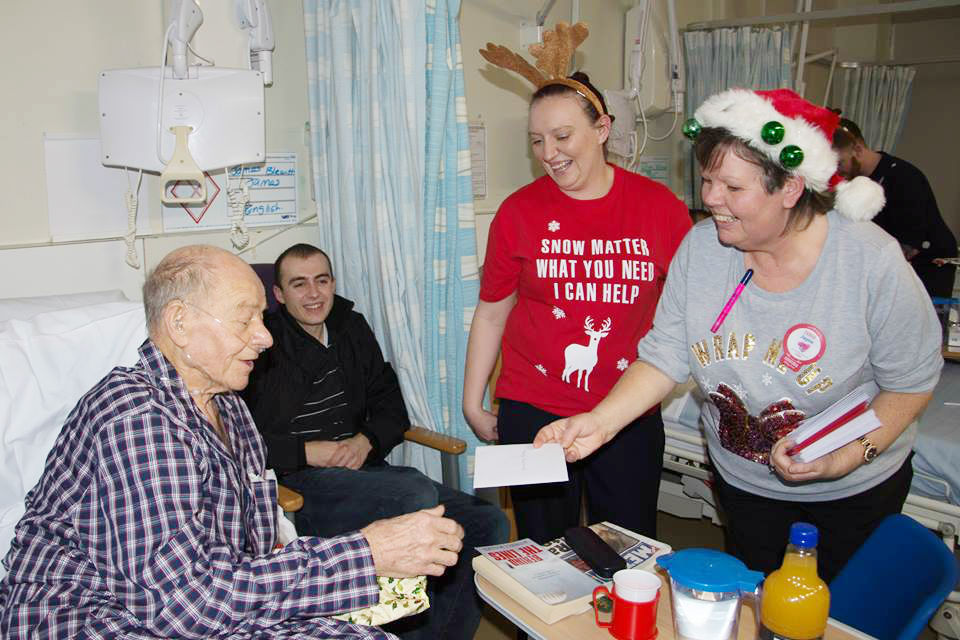 “To see the patients being spoilt like this is wonderful and I don’t feel like they have been forgotten about.  I want to thank the staff from Tesco for their generosity. It’s been lovely.”

Staff from the superstore raised a whopping £1,600 to pay for the gifts, which included bags of toys for the children and toiletry sets for the elderly.

Vicky Williams, customer experience manager at Tesco Extra, said: “We wanted to hand out presents locally as supporting our community is something we’re all passionate about. It’s been great to fundraise and then see it through to the end where we actually hand out the gifts.  We can see the difference it has made for ourselves.”

Daliyah McKay-Francis, Nicole Jaundrill and Mckenzie Dawes, all aged 12, gave out selection boxes of chocolates to the youngsters. The three generous students had encouraged fellow pupils to bring in the  treats so they could donate them to the hospital.

Meanwhile pupils from Glebefields Primary School, in Tipton, also paid the Children’s Ward a visit, this time armed with books. They had raised money through carol singing and wanted to spend a portion of the cash on poorly youngsters being treated at the hospital.