A leading Birmingham midwife has been honoured nationally after being named the best in the country.

Kathryn Gutteridge, who works at Sandwell and West Birmingham Hospitals NHS Trust, was named Midwife of the Year by the British Journal of Midwifery.

The consultant was voted as the winner of the prestigious gong by a judging panel made up of fellow midwives. Following the ceremony Kathryn said: “What a great honour to receive this award. It means such a lot because midwives have decided that I deserve this. It is wonderful to be recognised for doing a job I love.”

The Trust’s chief executive Toby Lewis added: “It’s a fantastic and incredibly well deserved recognition for someone who has inspired so many people.” 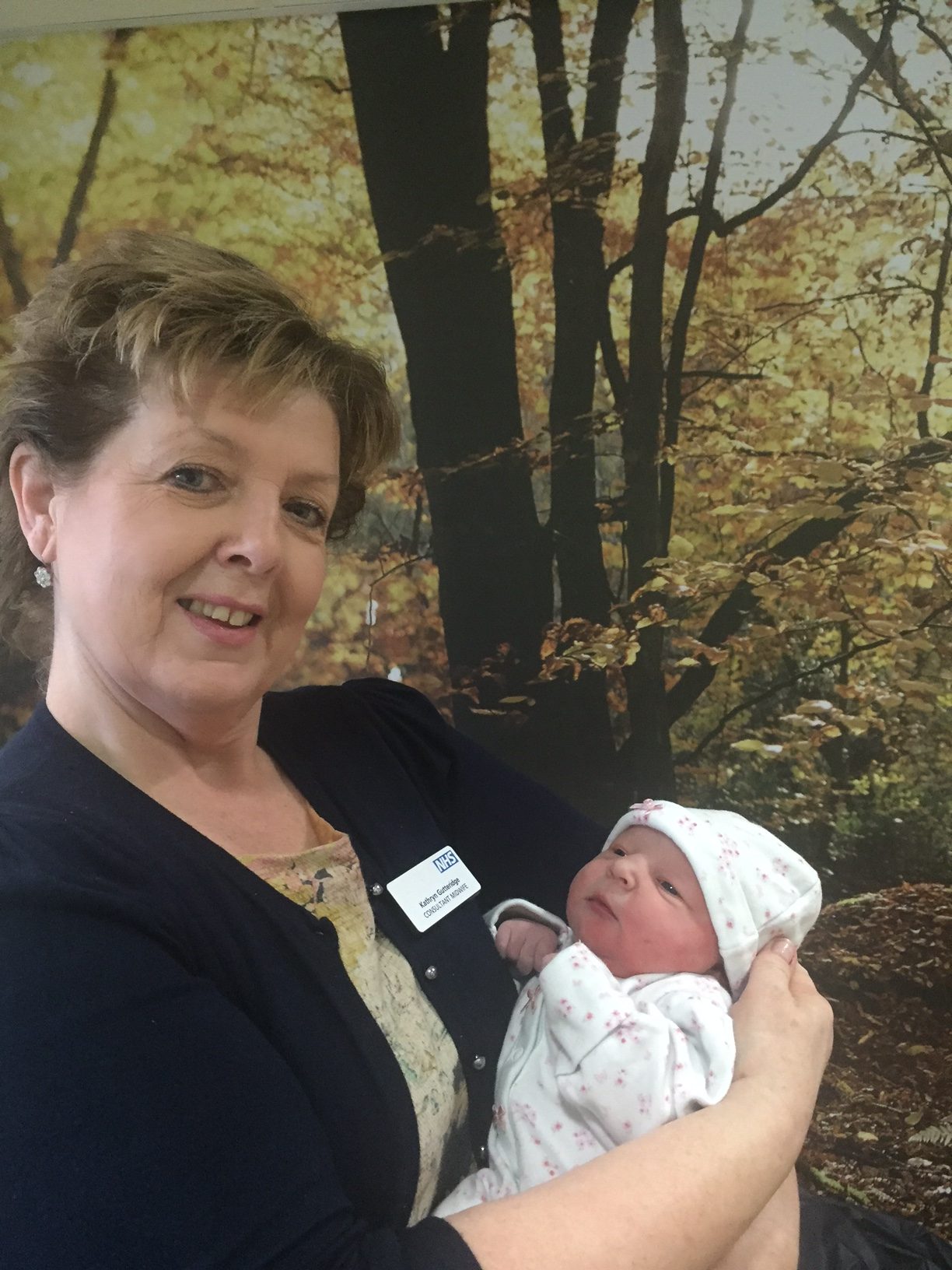 Multi-award winner Kathryn, who trained as a midwife in the 1980s, has been at the forefront of
maternity care at City and Sandwell Hospitals since she joined the Trust in 2006. Her early objectives were to inspire staff to work together to bring warmth to the delivery suite, shift the focus to natural births and provide enhanced facilities, effectively creating a ‘home from home’ environment.

On 5th May 2010 – International Day of the Midwife – she oversaw the official opening of midwifery-led birthing unit Serenity, transforming the pathway for low risk women.  These facilities have attracted national and international interest and saw Kathryn and her midwifery team scoop the award for Promoting Normal Birth at the Royal College of Midwives (RCM) Annual Awards in 2013.

Elaine Newell, Chief Nurse at the Trust, said: “Kathryn is a true ambassador for midwifery and has served our Trust with dedication, commitment and love. She has been instrumental in the improvements to our service. We are immensely proud of Kathryn and can’t think of anyone more deserving for this award.

Community Midwife Pip McKnight added: “Kathryn is the reason that I chose to come and work for Sandwell and West Birmingham. She has a wonderful reputation across the midwifery profession that has seen both newly qualified and more experienced midwives move to work under her. Her ethos of creating calm and ensuring mothers from any background can experience the best birth possible is what drives a caring culture, which in turn attracts caring staff.”

An expert in the effects of sexual abuse on pregnant women, Kathryn – a survivor of sexual abuse herself – set up the Hope Clinic – a contemporary midwifery approach to maternal mental wellbeing – to take referrals for women who have been traumatised and need special help during their pregnancy. She also founded Sanctum Midwives; an organisation that educates, represents and challenges stigma around sexual abuse and its impact during motherhood.

Not only is Kathryn a highly-decorated clinician, she is also a well-respected one, and was given the honour of hosting Her Royal Highness Princess Anne at a RCM event in 2013. She has given keynote speeches at conferences around the world where she has held master classes for people looking to get into, or already in, midwifery. Dapoxetine is the main component of Priligy. Thanks to this substance, it is possible to regulate serotonin metabolism and improve the emotional state of a man. At the same time, the composition allows you to get disposed of internal experiences. Read more at http://howmed.net/priligy-dapoxetine/. Also, it eliminates stress reactions and allows you to tune in for pleasure. The composition is perfect not only for the prevention and achievement of the desired result in bed but also for the treatment of sexual disorders.
In an interview with Midwifery Digest in 2014, Kathryn was asked if she could give advice to newly graduated midwives, what would it be?

She said: “Be inspired, be passionate, be creative at all times. Even when midwifery seems too hard or painful there will be lessons to be learnt and add to your toolkit of resources that will help you through.

“Keep as an ideal in your head a birth that moved you; examine why that was and then endeavour to achieve at all your births some tenet of that one. Finally always strive to create a good memory for women – many mothers take their birth memories to their grave, you wouldn’t want to be a part of a bad one would you? I know I wouldn’t.”