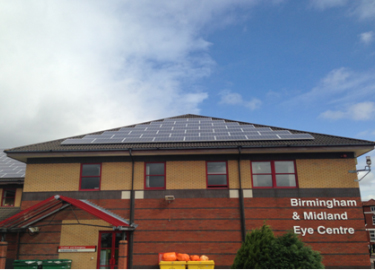 The team at the Trust’s eye hospital, the Birmingham and Midland Eye Centre, have led the way in introducing a programme of work to improve the safety of eye surgery.

The end of January 2015 marks one year since Sandwell and West Birmingham Hospitals NHS Trust has had a “never event”, a healthcare incident that should not happen. Sandwell and West Birmingham Hospitals NHS Trust had sometimes experienced up to four of these in a 12 month period. Now, due to the combined efforts of teams of staff across the Trust, there have been none of these for the past year. Latest figures show how uncommon that is, in large hospital Trusts, and staff at the Trust are being congratulated for their achievements.

Hilary Lemboye, who is the operations director for one of the Trust’s two surgical divisions has worked with the team’s leaders to introduce video technology to film surgical procedures. With the patient’s consent, these films have been used to enable the surgical teams to reflect on how the safety procedures were carried out during surgical sessions. Teams have reviewed the films together and it has helped them to understand what they do well and how they can continue to improve to perform consistent safety checks on all occasions.

Speaking about the video programme, Hilary said, “We have worked hard over the past few months to improve our safety record, making sure that the teams providing care to patients are carrying out the right safety procedures at every stage of the surgical process. Despite some initial uncertainty about being filmed, the vast majority of staff working in theatres have now embraced video reflexivity and can see the benefits of watching the films and reflecting on how they work as a team.”

Mr Ajai Tyagi, group director for the division and consultant in ophthalmology, said, “We began filming surgical procedures in April to see how we could make our service safer for patients. The reflection that teams have done together has significantly reduced incidents during surgery and improved the care we provide. We are proud of our achievements and are looking at how we can expand use of filming to include other parts of the patient pathway such as getting the patient ready for surgery, and getting the patient ready to go home. We are also starting to work with theatre staff in other departments to see how they can benefit from the video reflexivity programme.”