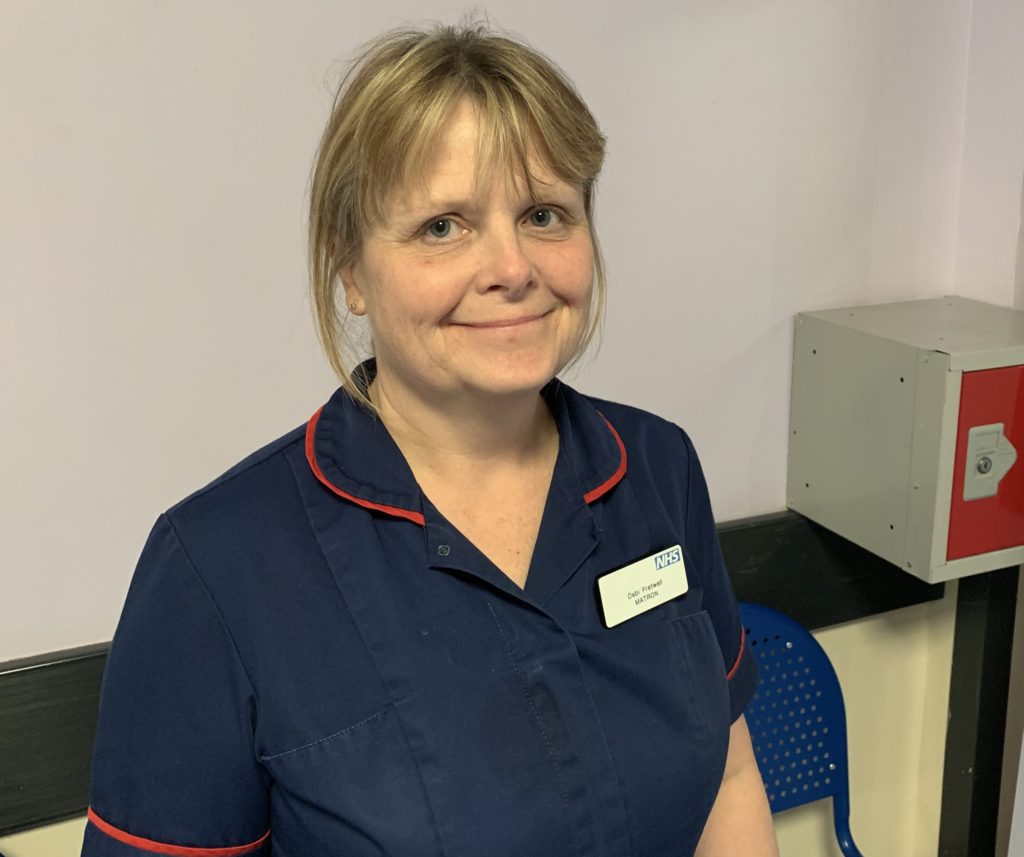 American author Madeleine L’Engle once wrote that: “One cannot be humble and aware of oneself at the same time.” By which standard it should not be much of a surprise that this week’s NHS Hero is almost perplexed by how much she is valued by those around her.

Debi Fretwell is a Matron in Medicine and Emergency Care who splits her time between both Sandwell General Hospital and City Hospital, Birmingham.

The 48-year-old, from Henley-in-Arden, has been a highly dedicated part of Sandwell and West Birmingham NHS Trust, having begun her NHS career at the Trust in 1993 and, over 25 years later is still working hard to make things better.  Her commitment to patient welfare has not gone unnoticed in that time and last year she won the Trust’s prestigious Employee of the Year award.

“When I left school I worked in a nursing home and I really enjoyed it,” she said. “I decided that I wanted to follow that path and after training I came to the Trust immediately afterwards and found it to be such a friendly place to work. If not for nursing, I would have loved to have been an actress, but I can’t sing so thought ‘well that’s never going to happen then’.

“I’m driven by making a difference and I really enjoy proactive work. I like putting things in motion to make that difference, making choices and putting the mechanisms in place to have a direct and positive impact. As a consequence of that I’ve been involved in a number of big projects over the years.”

An average day for Debi always involves checking all her hospital areas are safe, not just for the patients but for the staff as well, which then often rolls into meetings on those very topics. Moving on from that Debi helps with patient flow around the hospital, assisting to make sure demand for care is met and that the process of moving through the hospital system is as smooth and quick as possible for patients.

There’s also the odd occasion where Debi is called upon to step into the breech to help with other roles, but she takes this with a pinch of salt: “I’m a fairly experienced matron. I’ve been here a long time,” she laughed.

It is her excellence with patient flow that secured the nomination for Employee of the Year. An acknowledgement that she is very proud of, if a little embarrassed over. It’s a reward and acknowledgement that continues to have an impact on her life as the Trust put her forward to be invited to the recent garden party at Buckingham Palace. An event Debi admitted being “pretty excited” about.

Outside of work, Debi is kept busy by her husband of 20 years and two children. When she does have some spare time she can be found off having adventures walking and mountain climbing. Although, there is a limit on her love of nature and the outdoors: spiders – specifically the fat and hairy kind – are most definitely not welcome.

She added: “From a leadership point of view, anything that I can do to make things better and make that impact is enough of a reward for me. My next big goal is helping make sure my staff are confident and fully trained up with Unity – the Trust’s electronic patient record. Beyond that, patient safety is always a priority, naturally enough.

“I’m far from an NHS Hero,” she insisted. The Trust and those she works with would, however, beg to differ.