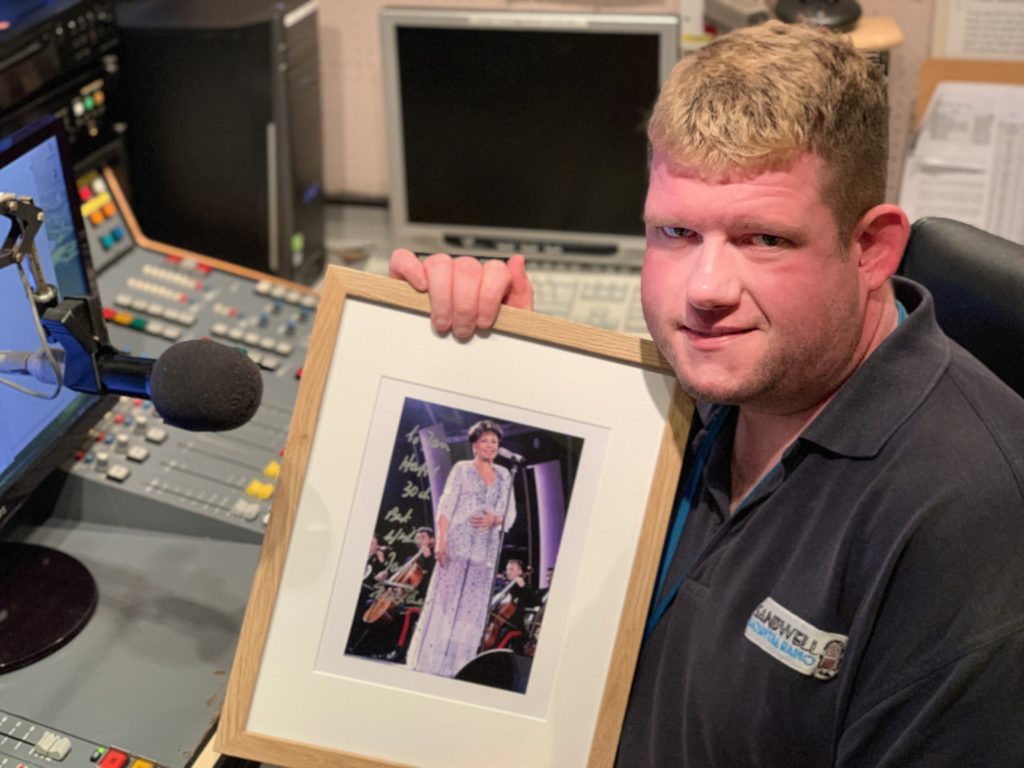 When Welsh singing icon Dame Shirley Bassey turned 80 in January 2017, there were likely few people as excited by the milestone than long-time fan Dan Osmond.

Dan, who assists with shows on Sandwell Hospital Radio, providing entertainment for those on wards at Sandwell Hospital seven days a week, even celebrated by playing a one hour retrospective of her dazzling career in show business; one that now covers over 60 years.  So when it came time for Osmond to celebrate a milestone of his own, colleagues reached out to Bassey.

Station Manager Phil Blackstaffe wrote to the singer in February, to see if she could assist in helping Dan to celebrate his 30th birthday with a signed photo as a surprise and was delighted when the singer, who has lived in Monaco’s Monte Carlo region for many years, responded.

Phil wrote: “This would be the icing on the cake and I know he would cherish it forever.”

Fortunately, it was not a case of “Never, Never, Never” from Bassey, who sent back a large signed photo, personalised to Dan.

On receiving the photo Dan said: “I knew Phil was up to something, but I wasn’t expecting this. When I opened it and read the letter that came with it I just shocked. I’m still in shock!”

Sandwell Hospital Radio – “Your Friend at the Bedside in tune with patient’s needs” – celebrated its own 30th birthday back in 2015, and hopes to welcome a whole new generation of patients to the airwaves when Sandwell and West Birmingham NHS Trust opens the Midland Metropolitan Hospital in 2022.