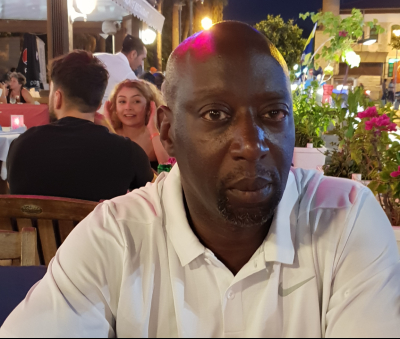 Dad-of-one reveals how he beat coronavirus

A dad-of-one who battled coronavirus from his intensive care bed revealed how thinking positively helped him recover.

Anthony Morrison, aged 55, who works as a receipt and distributions supervisor, spent a week in City Hospital, Birmingham, where he was ventilated after being diagnosed with the disease.

“Many people think that having coronavirus is a death sentence, but that isn’t the case,” said Anthony, who has a black belt in karate. “I was in a bad way, but I pulled through and people out there need to know, that just because you have the illness you are not going to pass away.

“I have a friend who has had it and she has also recovered.”

Antony first experienced symptoms on his way home from work. He was feeling tired and distant and his usual commute via public transport felt like it was taking longer than usual.

A couple of days later he began suffering headaches and had a high temperature. His wife called paramedics and initially he was told to take paracetamol.

But his symptoms didn’t ease and he collapsed as he was returning to his bedroom.

“The paramedics rushed me to hospital and once I was there it was confirmed I had coronavirus,” he recalled.

“My oxygen levels were really low and I was in intensive care. But I kept thinking positively. I knew I had to fight this disease and I practised deep breathing techniques.

“I knew that I couldn’t let it beat me. It was difficult, but I knew I had to remain positive. I think that is really a key factor with this illness.

“There were also the small things too that I tried to do whilst I was in hospital. I would set myself goals, like walking to the bathroom. Every day I made sure I was able to do something that would help me in my recovery.

“The care I received was brilliant, right from the domestics to the doctors, everyone looked after me really well. “

Anthony has returned home since his discharge and is resting until he is fit to return to work.
“I really would say to people to stay positive. You can fight this disease and I am an example of this.”