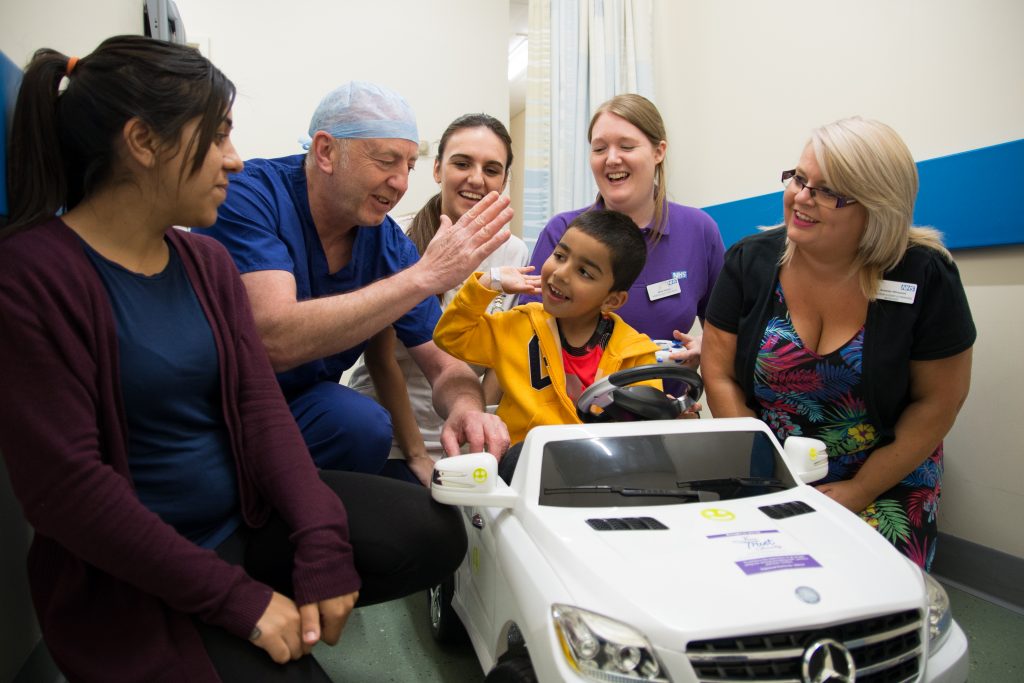 Children undergoing minor operations at Sandwell Hospital will be driven to surgery in mini-motors.

Youngsters will be strapped into the white Mercedes and will enjoy a ride up to the operating theatre where they’ll undergo their procedure. The car will be controlled by one of the play specialists and nurses. 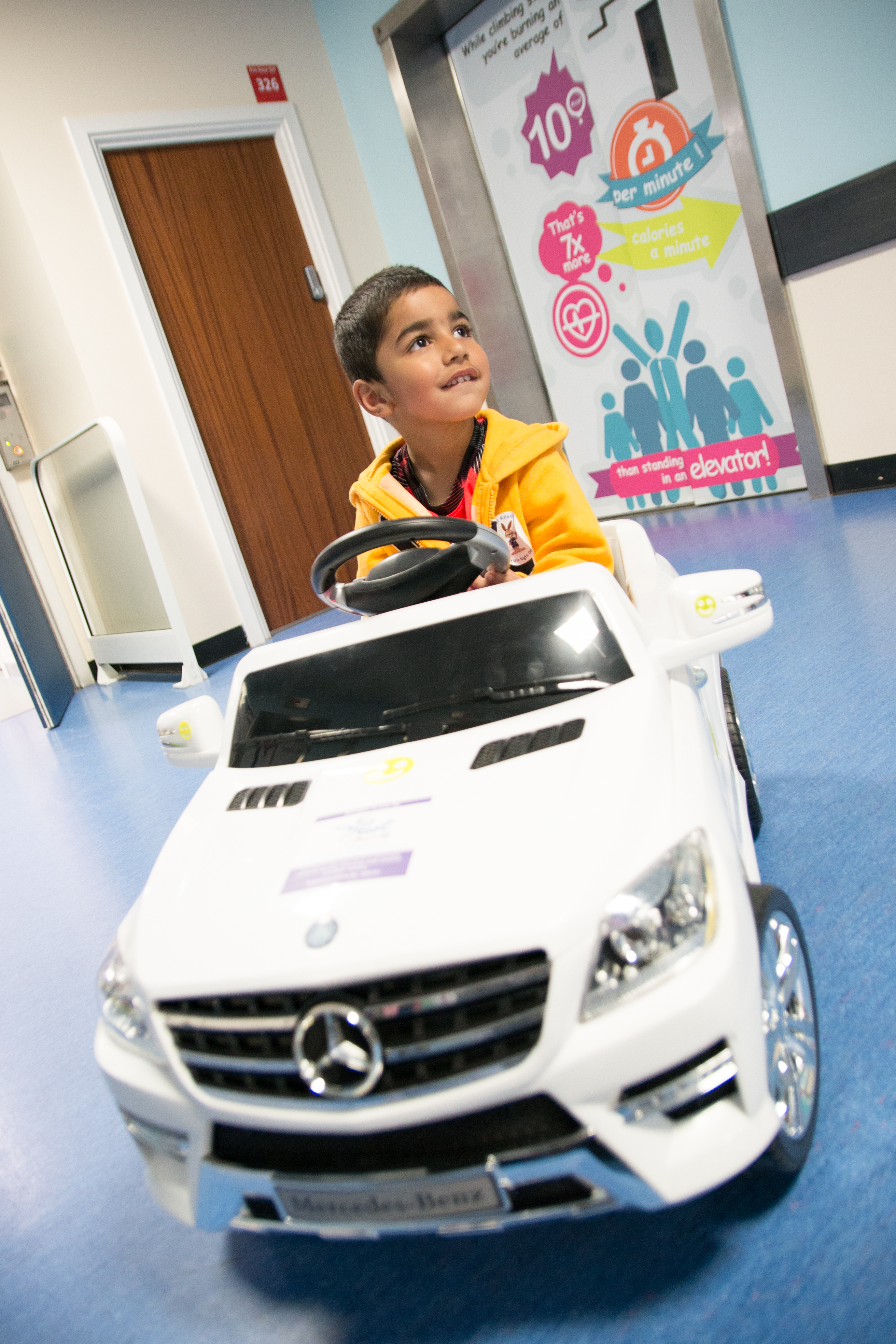 Gavy in the mini Mercedes on his way to the theatre

Three-year-old Gavy Saini, of West Bromwich, became the first patient to be driven to his operation. The youngster was undergoing a tooth extraction at the hospital and his mum admitted that he was feeling anxious. But as his car pulled up into the operating theatre, he beamed: “It’s cool mummy.”

Mum-of-two Sundeep, 28, said: “This is a wonderful idea. Gavy wasn’t really looking forward to coming into hospital, but when he saw the car, it definitely put him at ease.

“It also lifted his spirits more too. He already has a similar car at home and loves driving round in it. When he goes to the hairdressers they have little cars the children can sit in and that’s helped him to relax. I think having something like this in hospital is a great idea that will help so many children when they come here for treatment.”

The idea to introduce the £150 cars into the Children’s Ward, came from the hospital’s Your Trust Charity.

Fundraising Manager Amanda Winwood, who had seen them being used in a hospital in America.
She said: “I wanted to introduce the cars to our hospital so it would make the experience of being in hospital or having surgery a little bit better for our younger patients.
“Having an operation can be daunting especially if you are a child. So I thought this would help to distract them as they headed into surgery.”

She added: “We introduced the cars to the youngsters today and the reaction we’ve had is amazing.”

Jez Jones, Matron for Acute Paediatrics, said: “It will be really exciting for children to have a more fun-filled journey in one of these cars when they are going into theatre, rather than being pushed on a trolley.

“When the idea was brought to us from Your Trust Charity, we were fully on board with it and couldn’t wait to take delivery of the cars. The kids will love them.”

Rory Weatherstone, Store Manager at Halfords in Oldbury, said: “I am delighted to donate two remote control cars. It’s great to know that children can ride in style in their Mercedes to the operating theatre.”

Watch Gavy take a ride up to surgery at Sandwell Hospital, where he had a tooth removed.