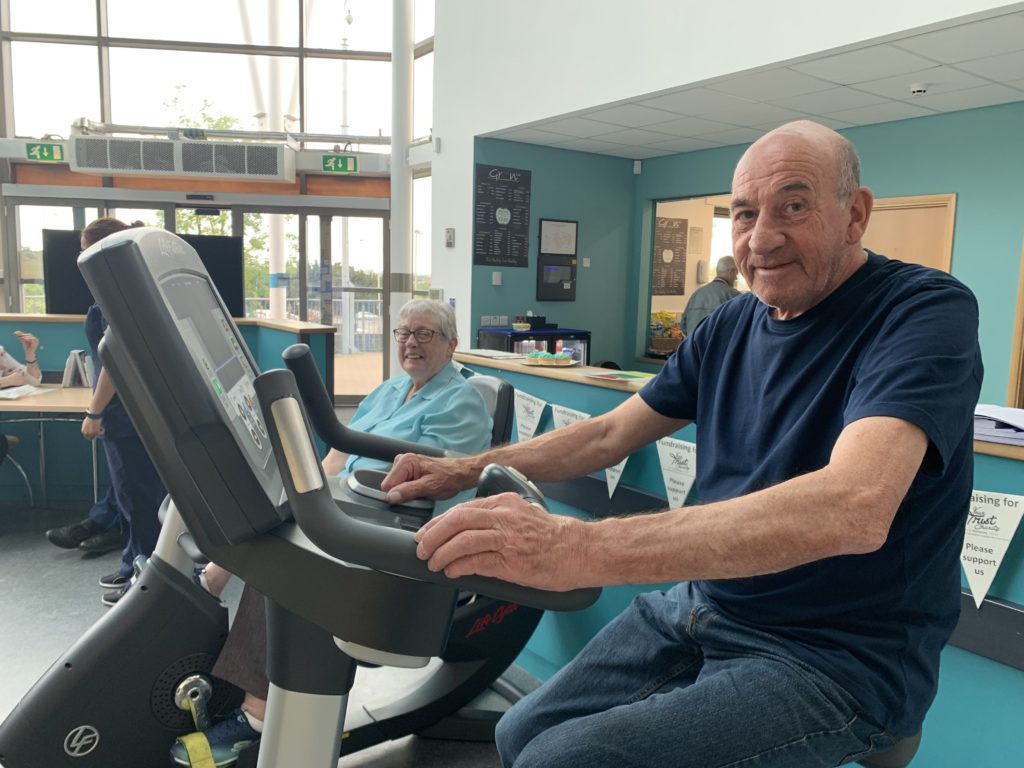 Bikers are on “the road” to raising awareness

Respiratory patients and staff from a West Midlands healthcare Trust  cycled a virtual 75 miles to the Cotswolds – all to raise money for charity and awareness around Pulmonary Rehabilitation.

Ruth Morrey, Respiratory Physiotherapist and Alice Harvey, Respiratory Clinician from Sandwell and West Birmingham NHS Trust, organised the event at Portway Leisure Centre, in Oldbury where they set up in the reception area on two exercise bikes.

In total £311 was raised through fundraising and the cash will be split between the organisation’s Your Trust Charity and the British Lung Foundation.

Sheila Worswick, a pulmonary rehab patient, who carried out three 10 minute sessions during the bikeathon, said: “I took part in the bikeathon so that I could raise awareness for the rehab programme and also around lung conditions. I want people to know how these sort of conditions can be helped and controlled. You don’t have to just live with it.”

Sheila has been regularly attending pulmonary rehab sessions with the community respiratory team. She added: “I really am feeling the benefits of attending the sessions. I didn’t know there was pulmonary rehab until my caring doctor initiated things.”

Alice said: “As a Trust we offer four different pulmonary rehab classes around the area. It’s an excellent treatment for patients with chronic lung conditions such as COPD, Asthma and Bronchiectasis, and we also offer it to patients who are going for lung surgery.

“The event was held to raise awareness of the lung conditions not just for the public, but also for our GP practices in the area.

“The money raised will go towards funding equipment for the pulmonary rehab group and other services that we offer.”