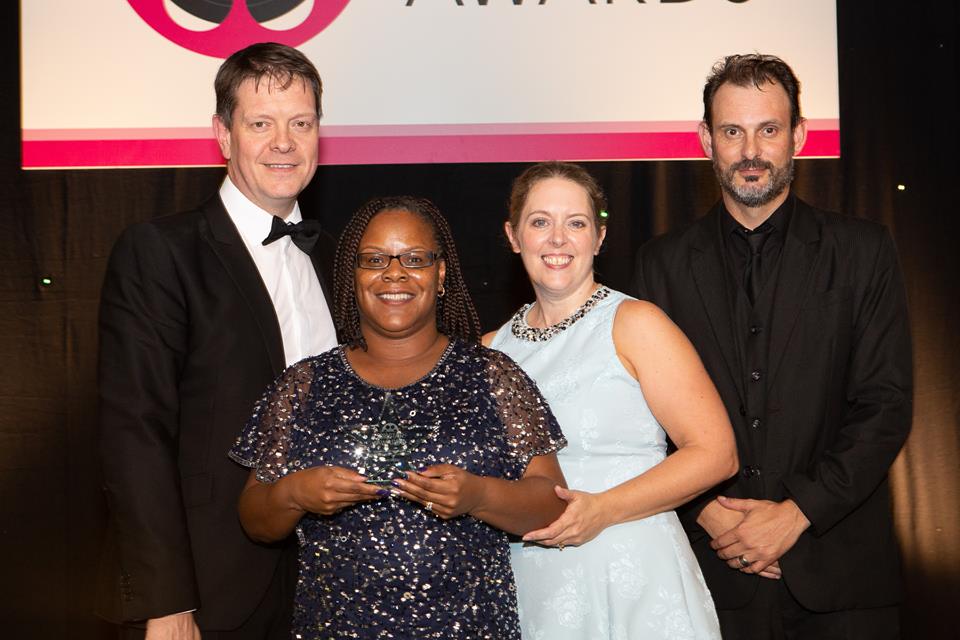 A glittering ceremony to celebrate the achievements of healthcare staff at Sandwell and West Birmingham NHS Trust, has been hailed a success.

The Star Awards saw 58 nominees recognised for their hard work over the past year.
The Mayor of Sandwell Councillor Joy Edis was a special guest at the event, which was held at Aston Villa Football Club on Friday (12 October).

Those honoured included Donna Mighty (pictured above), who picked up the award for Equality and Diversity Champion. She has been Co-Chair of the Trust’s BME Network which has seen her take a lead role organising the national Here To Stay exhibition, which celebrates the Windrush generation of healthcare workers who helped to shape the NHS.
Donna beamed: “I am overwhelmed to have won the award and want to thank everyone who nominated me. I couldn’t have done this without the support of my colleagues.” 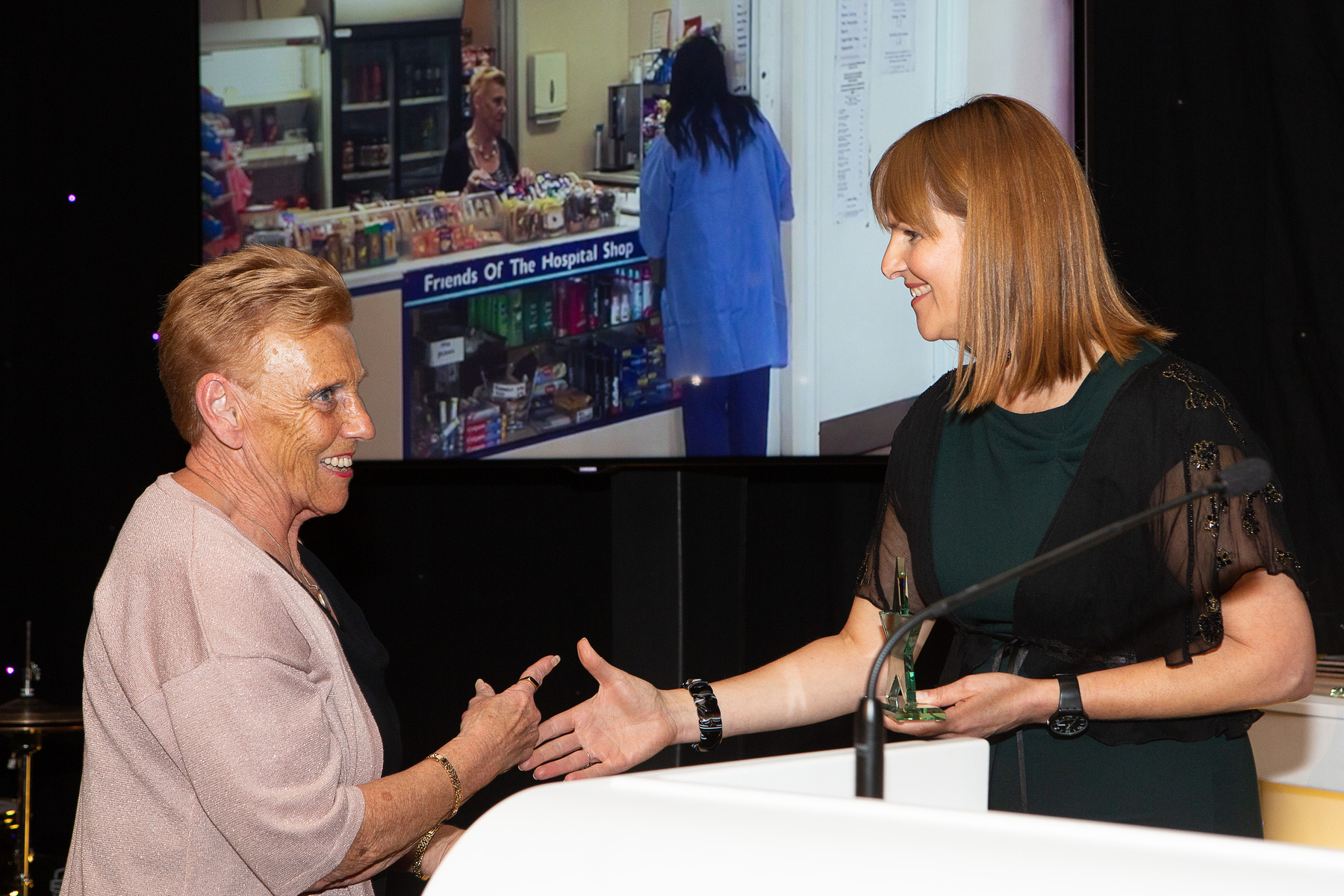 Janet Dearne picks up her Volunteer of the Year Award.

Also recognised was Volunteer of the Year Janet Dearne, who has devoted 40 years to her role with the League of Friends organisation. She has helped to raise an impressive £500,000 for equipment used at Sandwell, City and Rowley Regis Hospitals, which are run by the Trust.

The coveted Distinguished Service Award went to the recently retired Rev Ann Stevenson, who joined the organisation over 26 years ago and has successfully led the Trusts vital chaplaincy services.
She said: “I am absolutely delighted to win this award and it’s a huge privilege to have worked here for three decades.
“I am proud to be part of the SWBH family and it’s been a joy to have conducted colleagues’ weddings and bless their children. The obvious sad side is conducting funerals for staff and their families.
“I love the family feel of this organisation where people and their lives matter.” 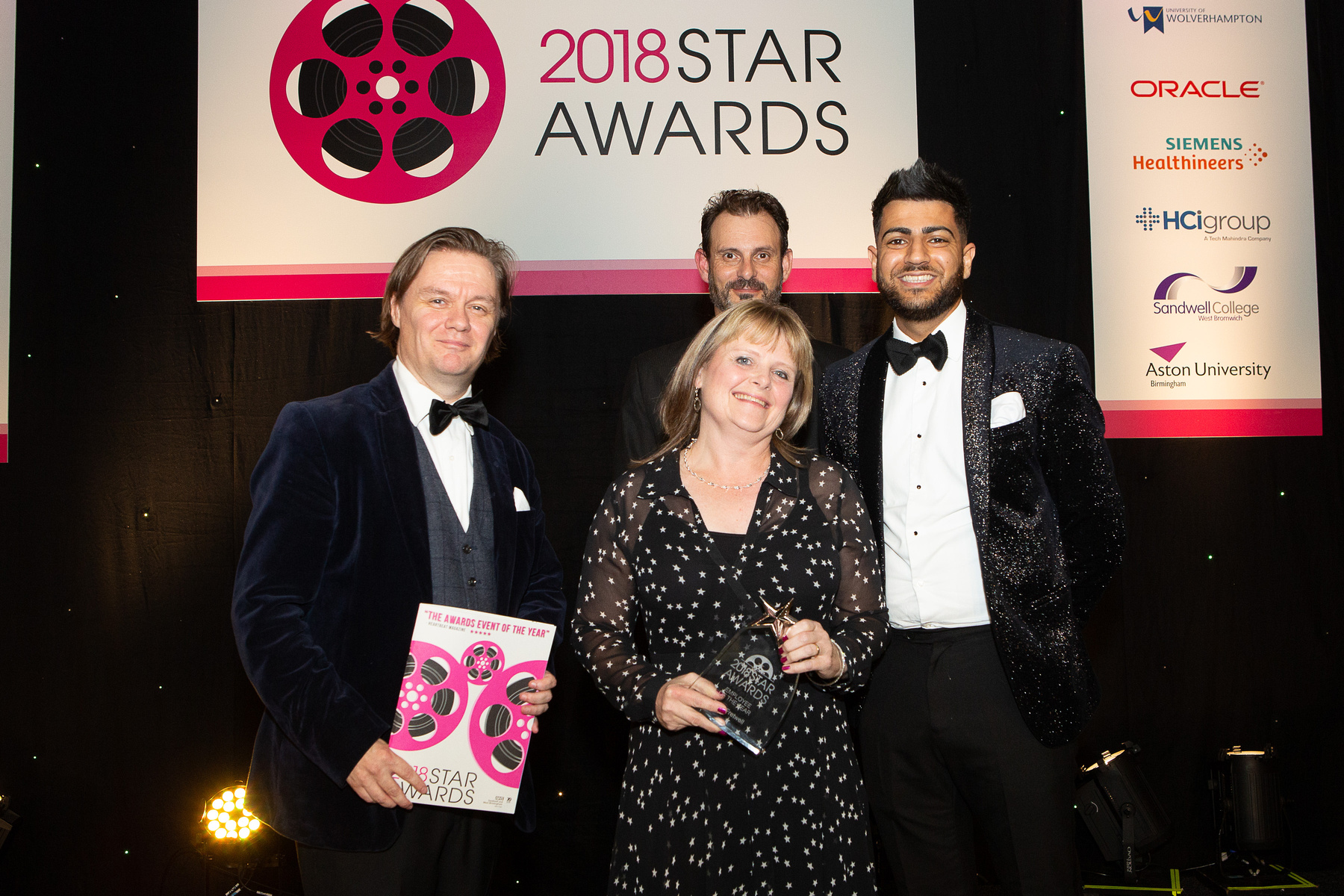 Debi Fretwell, Matron, receives her Employee of the Year award.

The Employee of the Year gong went to Matron Debi Fretwell, who joined the organisation in 1993 as a staff nurse. She has worked her way up the ladder and was recognised for her work in introducing the way patients are seen through the healthcare system and ensuring they receive the right care in the right place.

During the evening, Louise Thompson, Infant Feeding Coordinator was commended twice for her achievements. She scooped the Prize for Innovation, for her work around developing the Infant Feeding Service.  And, also was part of the team which won Clinical Team of the Year (children). 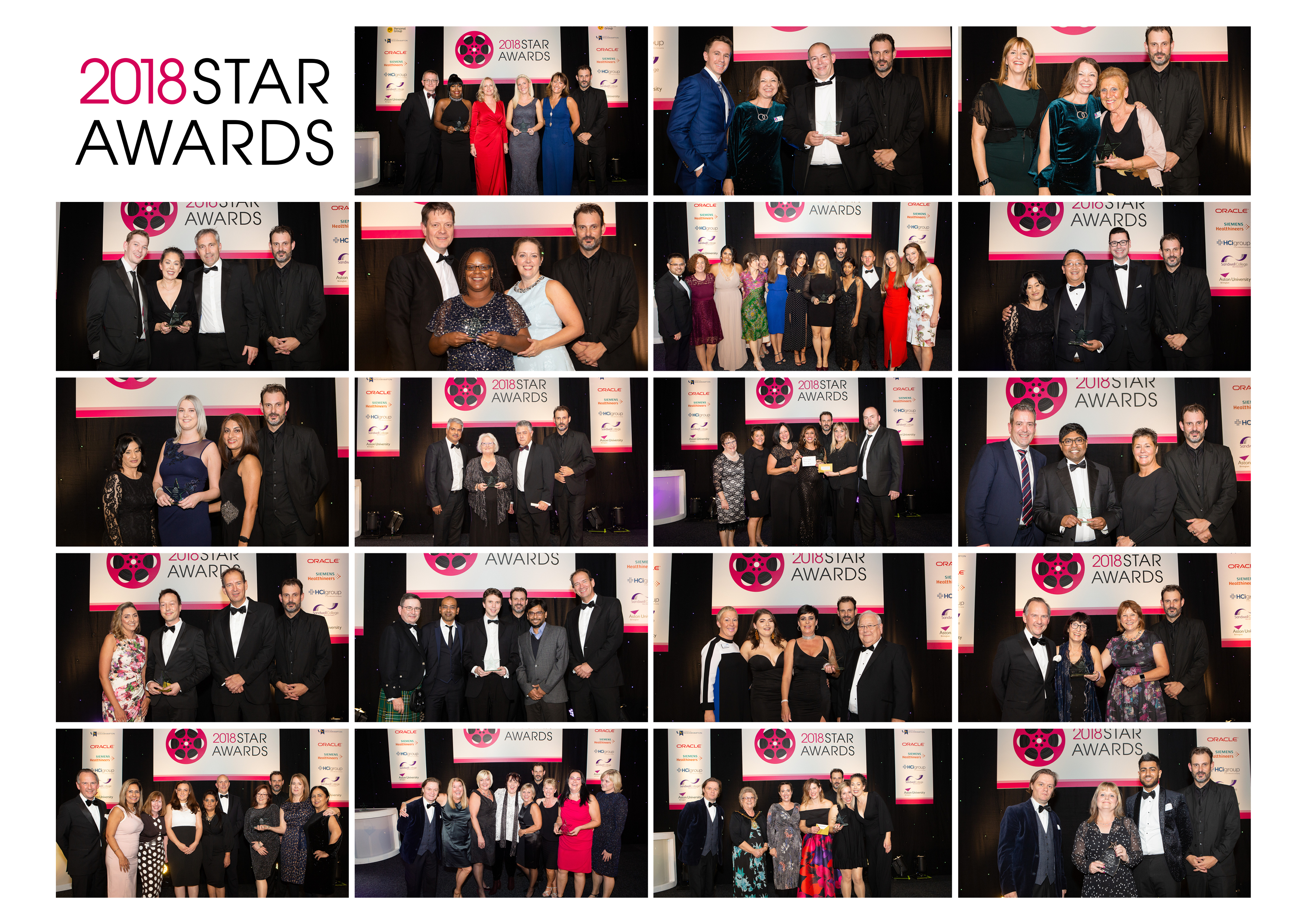 All the winners are featured above.

Richard Samuda, Chairman of SWBH, said: “It was a very successful event which celebrated the achievements of our wonderful workforce.
“Our Trust has so many dedicated and caring employees who deserve this recognition. They have devoted their time to looking after patients and improving their experience when visiting our hospitals.
“We were also delighted to welcome the Mayor of Sandwell to the ceremony, who presented the Clinical Team of the Year (children) award to the Infant Feeding Team. Councillor Joy Edis has been a consistent champion of the Trust’s services and role in our community.”

Richard added: “We want to thank our sponsors, without whom this event would not have been possible. They represent key partners in our services and have been exceptional in their support for celebrating our staff contributions.”