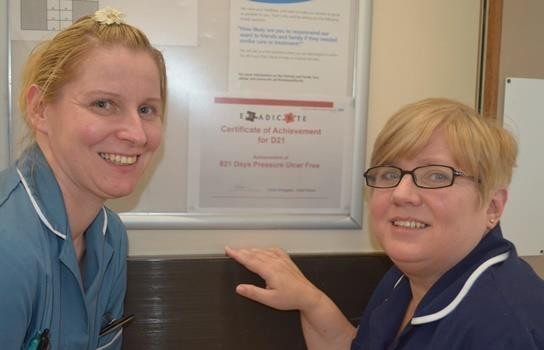 FOUR wards in Surgery A are celebrating being free of pressure ulcers for more than 12 months.

Amanda Green, Ward Manager on D21, said the success was the result of a real change of culture on the ward, which had taken about 3 months hard work and focus to really embed.

The safety briefing, including nutrition and hydration, is now always done at the beginning of each handover. Patients are quickly and accurately assessed as soon as they come onto the ward so any appropriate equipment, like pressure-relieving mattresses, can be used straightaway.

“The team are very proud of the record we have now,” she said.