Sandwell and West Birmingham NHS Trust > Work for Us 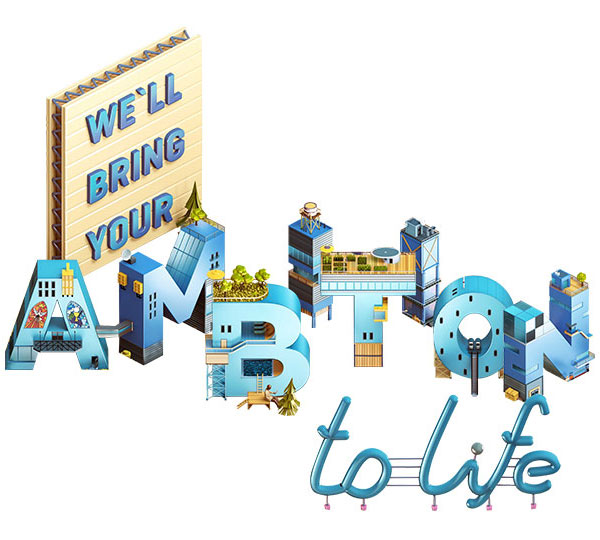 Harnessing ambition, investment, commitment and the contribution of our people, our vision is to be the UK’s best integrated care provider by 2020. We’re already on our way to achieving this. We’ve trebled our training budget, enhanced the way we recognise our people and are constructing career pathway frameworks. Our people have names, they have voices, they have a family here. As we create greater levels of service integration, we know where we’re going and we know we won’t get there alone. That’s why we want you to join us.

Our Vision
Great care can change everything. Like you, everyone here at Sandwell and West Birmingham NHS Trust wants to be a part of truly brilliant, integrated care. And just like you, we’re ambitious about what we do. We’re always seeking ways to do more and be better for our patients.
Bring your dedication and determination here, and you’ll be surprised by just how great your career can be. We like to think we offer you the best of both worlds. We’re a welcoming and friendly place that’s devoted to our community. But our plans and ideas for the future – yours and ours – are huge.
Our Organisation

First, let us tell you what we’re building on. It’s a firm foundation, of which we’re very proud.
We are an integrated care organisation with an outstanding reputation for teaching, education, research and innovation. Our 6,600 staff are here for 530,000 local people when they need us.
City Hospital in Birmingham is home to the Birmingham and Midland Eye Centre, and our Sickle Cell and Thalassaemia Centre. It’s also the regional base for the National Poisons Information Service.
At Sandwell General Hospital in West Bromwich, you’ll find inpatient, paediatrics, most general surgery and our stroke specialist centre.
At the Trust, we also have significant academic departments in cardiology, rheumatology, ophthalmology and neurology.
We have intermediate care hubs at Rowley Regis and at Leasowes in Smethwick.
Our community teams throughout Sandwell provide integrated services for children in schools, GP practices and at home. They also offer both general and specialist home care for adults in hospices and nursing homes.
In 2022 we will open the brand new Midland Metropolitan University Hospital – the perfect demonstration of our vision for the future. And we are investing in far more than buildings.
We are dedicated to investing in you. It matters to us that you enjoy the training, support and opportunities you need to fulfil your total potential and build the career you really want.
To make that happen, we’ve trebled our training budget. We’ve developed new career path frameworks and new ways to recognise your achievements.
Because you’re part of our family, we want the best for you.
Our organisation has nine care promises that reflect how we expect each other to treat patients, visitors and colleagues. We know these promises embody our caring ethos because they were developed by our own frontline staff. These are our promises:
I will…
… make you feel welcome
… make time to listen to you
… be polite, courteous and respectful
… keep you informed and explain what is happening
… admit to mistakes and do all I can to put them right
… value your point of view
… be caring and kind
… keep you involved
… go the extra mile

What Our People Say

“I enjoy working with my team and I want to make a difference to our patients.”
Asma Begum, Staff Nurse – Surgical Assessment Unit
“The Trust has a clear vision of providing truly integrated care, and that is the future for healthcare. My own goal is to provide the right support to patients at the right time, which is similar to the Trust’s long-term strategy. I strongly believe that patients should get help at the most appropriate location close to their home and with continuing improvements, we can achieve that goal. Also, I love my team. Within a short time, they have made me feel at home, and I feel lucky to be part of that.”
Bernard Seery, Acute Medicine Nurse Practitioner
“AMU is a very fast-paced environment. We work very closely with A&E and GPs to receive patients who are in need of urgent help. People come to us when they are very poorly and we try our best to manage their conditions as quickly as possible. I am very proud of my team. We have a strong record in treating and discharging patients quickly. Patients in pain or needing hospital treatment don’t want to wait around, so we are proud that the majority of our patients are discharged or moved to different wards within four hours.”
Carmel Madden, Matron – AMU 1 and 2

Watch our videos below to find out what some of our staff think of working at our Trust:

A community of half a million is eagerly anticipating the brand new Midland Metropolitan University Hospital. The opening, in 2022, will be the beginning of a fresh chapter in our ambitious journey to be the nation’s leading provider of integrated care.
As well as being the closest adult hospital to Birmingham’s busy city centre, Midland Metropolitan University Hospital will offer dedicated maternity and children’s services. Crucially, it will bring together teams who provide acute, emergency care, in line with the views expressed in our public consultation.
This exciting new building has been designed with room to grow. What’s more, we are retaining buildings and wards at Sandwell Hospital for future development.
The majority of patient services will still be provided at Sandwell Hospital, the City Hospital site and Rowley Regis. City Hospital will house three key facilities: the Birmingham Treatment Centre providing outpatient, day case and diagnostic services. The Birmingham and Midland Eye Centre, and the Sheldon Block will provide intermediate care services. The Sandwell site will house the Sandwell Treatment Centre, intermediate care beds, and a new 24-hour urgent care centre.
All of which mean that our communities will benefit from truly excellent facilities in the years ahead.
For more information about the new hospital, which is due to open in 2022, go to www.swbh.nhs.uk/midland-metropolitan-hospital/.
Watch our short film for an inspiring virtual flythrough tour of the Midland Metropolitan University Hospital, showcasing both its medical facilities and its beautiful landscape and gardens:
MMH Flythrough here.

Living in Sandwell and West Birmingham

Birmingham and the borough of Sandwell are great places to live. There are six towns that serve Sandwell, they include West Bromwich, Tipton, Oldbury and Wednesbury. Meanwhile City Hospital, close to Birmingham City Centre, has close links to Bearwood, Harborne and Edgbaston.
Places to Live and Schools
Birmingham and Sandwell offer a huge range of places to live with easy access via road or public transport all serving the Trust sites well. Housing in the area is very affordable and transport links in and around the city and Sandwell are excellent.
There are a number of fantastic schools in the West Midlands as well as excellent colleges and four universities, including the University of Birmingham and Aston University.
To find out more see www.birmingham.gov.uk/schools-directory and www.sandwell.gov.uk
Going Out
Birmingham is a popular city to socialise in, with top chefs opening up restaurants across the centre. There are a varied range of bars too. Meanwhile Sandwell has an excellent range of independently-run restaurants.
For more details about eating out see www.dinebirmingham.co.uk
Birmingham has a range of theatres, and comedy clubs. Check out www.livebrum.co.uk for listings of events going on around the area.
The city is also home to the Birmingham Royal Ballet, the City of Birmingham Symphony Orchestra, the Midlands Arts Centre (MAC), and a number of museums including the Art Gallery, and the Thinktank. Musical stars frequently perform at the Genting Arena, whilst at the adjacent National Exhibition Centre (NEC) there are a number of events held.
Transport
Birmingham and Sandwell have excellent transport links with the International Airport, major rail routes and easy access to motorways. Trains run direct to London from Birmingham New Street, and Sandwell & Dudley with the fastest route taking just one hour 24 minutes.
The new HS2 rail will decrease these times even more. Birmingham International Airport flies to destinations across the world.
The motorway network provides easy access to the Peak District and the Cotswolds for days out.
Shopping
There are a huge range of shopping opportunities in Birmingham and Sandwell.
In the city centre, Grand Central has recently opened and of course there is also the infamous Bull Ring.
In West Bromwich, the New Square Shopping Centre serves up a range of well-known stores.
Sports and Activities
The West Midlands has a rich variety of sporting activities.
Local football clubs include Birmingham City, Aston Villa, West Bromwich Albion, Wolverhampton and Walsall. Rugby clubs include Moseley, Coventry and Birmingham and Edgbaston hosts the Warwickshire County Cricket Club.
There are a number of running clubs, athletics clubs, gyms, and plenty of parks and open spaces for more casual activities.
Days Out
The Black Country Museum, Dudley Zoo, Twycross Zoo, the West Midlands Safari Park, Alton Towers, the Space Centre at Leicester, the Tamworth Snowdome, Warwick Castle, Cadburys World, and many more attractions are within two hours travel from Birmingham and Sandwell. And of course the picturesque Sandwell Valley Country Park, which houses a working farm, and two playgrounds, is just a stone’s throw away from Sandwell Hospital.
For more information about Birmingham and Sandwell see: www.birmingham.gov.uk and www.sandwell.gov.uk