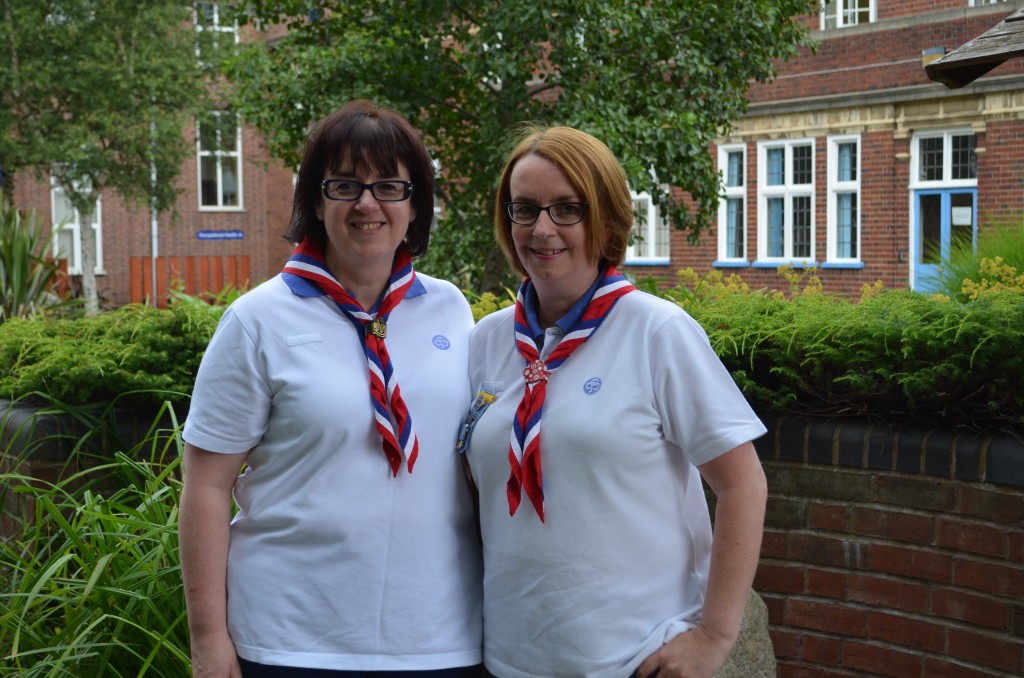 A pair of NHS employees are lending their hand to help keep 7,000 campers safe at one of the biggest Scout and Guide camps in the world.

Sisters Alison Hughes and Janet Savage will be part of the security team at the WINGS 2014 camp in Berkshire celebrating over 40 years in Girl Guides.

Janet, School Nursing Practice Teacher at Birmingham Community Healthcare Trust, said: “It is a way of life, some of my best memories are from Guides. The first time I went abroad was with Guides when I went to an international camp in Sweden. Now we get to see the girls enjoying the same things we did when we were their age.”

Alison added: “Balancing Guides with our home and professional lives is constant chaos but you have to do the things that are important and this is important.”

WINGS, which started in 1993, is in its fifth year and will be held in Windsor Great Park and expects to attract over 7,000 campers from 42 countries, the furthest being from New Zealand.

Volunteers have been preparing the camp for the last two weeks ready for its opening day on the 2nd August.