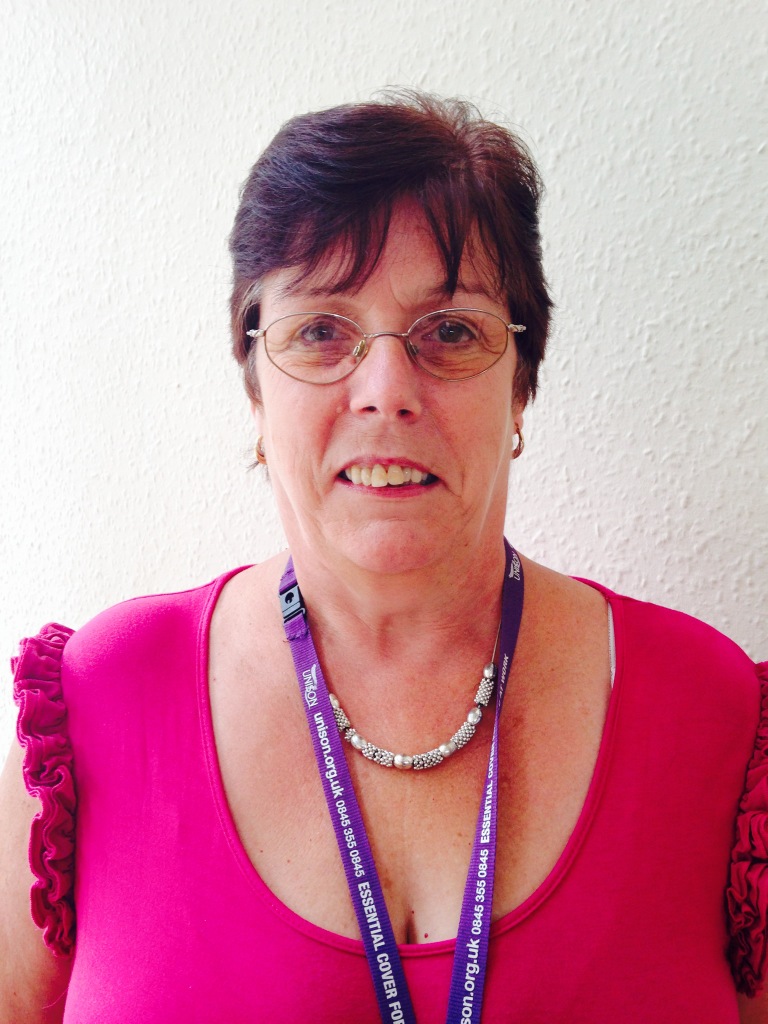 NHS Heroes: The rights of the individual have a champion in Chris

Most staff in any hospital are members of a trade union or professional organisation and this is certainly true of Sandwell and West Birmingham (SWB) NHS Trust.  With up to 13 different groups represented, it’s important for Trust managers to keep up to date with their collective feedback.  Chris Rickards has the task of liaising with both staff and the Trust.

Chris, who lives in Oldbury, is the staff side convenor for SWB.  Her role is to take the views of all trade unions and professional organisations to decision makers in the Trust.  To do this, she sits on the Trust Board, Clinical Leadership Executive, the Joint Consultative and Negotiation Committee and the Policies and Procedures Advisory Committee.  A lady who likes to keep busy, Chris is also the Unison branch secretary, representing the interests of 2,500 members of Trust staff.

One of seven siblings, Chris has been in the NHS for 28 years, starting her career as an evening domestic at City Hospital.  Within the first six months, a staff dispute occurred and colleagues unanimously decided to nominate Chris as their NUPE union shop steward.  So began her involvement in the union movement. Chris said: “Although I was surprised that people had such trust and confidence in me, I was happy to take on the daunting challenge.  All through my life I’d believed in the rights of individuals, irrespective of who they were so the opportunity to help others based on my belief was very appealing.”

It’s fair to say that this decision changed Chris’s life forever.  Before long, Chris was elected as branch chair and later branch secretary, taking responsibility for representing other teams within the hospital.  Shortly afterwards, she was required to represent two members of staff who were victims of sexual discrimination.  This broke new ground for Chris and the hospital and despite winning their case, she then sought the support of a counsellor to deal with its ramifications.  This experience prompted Chris to become a qualified counsellor herself and she embarked on a seven year degree course.  Despite having little formal education and losing her husband in the penultimate year of study, Chris overcame the odds to complete her BACC qualification in 1997.

Chris commented: “Often, employees come to me for a chat, rather than wanting to make a formal complaint and learning about counselling has equipped me with better interpersonal skills to improve the support I can offer staff on a daily basis.”

When the role of staff side convenor for the new Trust became available in 2009, Chris was the obvious choice to represent all staff unions and professional organisations and was duly elected. She has since relished the opportunity to deal with staff representation on a full time basis and says of the convenor role: “Every day is different, there is no script and you never know exactly what is going to come through the door.  The job comes with a variety of challenges and it’s in resolving the challenges that lie the greatest rewards.  My single aim is to help staff get closure and move on from the issues they experience.  They are all my heroes.”

Away from work, Chris enjoys walking and looking after her menagerie of 50 animals including dogs, chickens, ducks, geckos, rabbits, lizards, a guinea pig and even a tortoise.  She also lives with daughter Caroline, her husband David and grandson Elijah.  Chris’s son Trevor also lives locally with grandson Dylan.