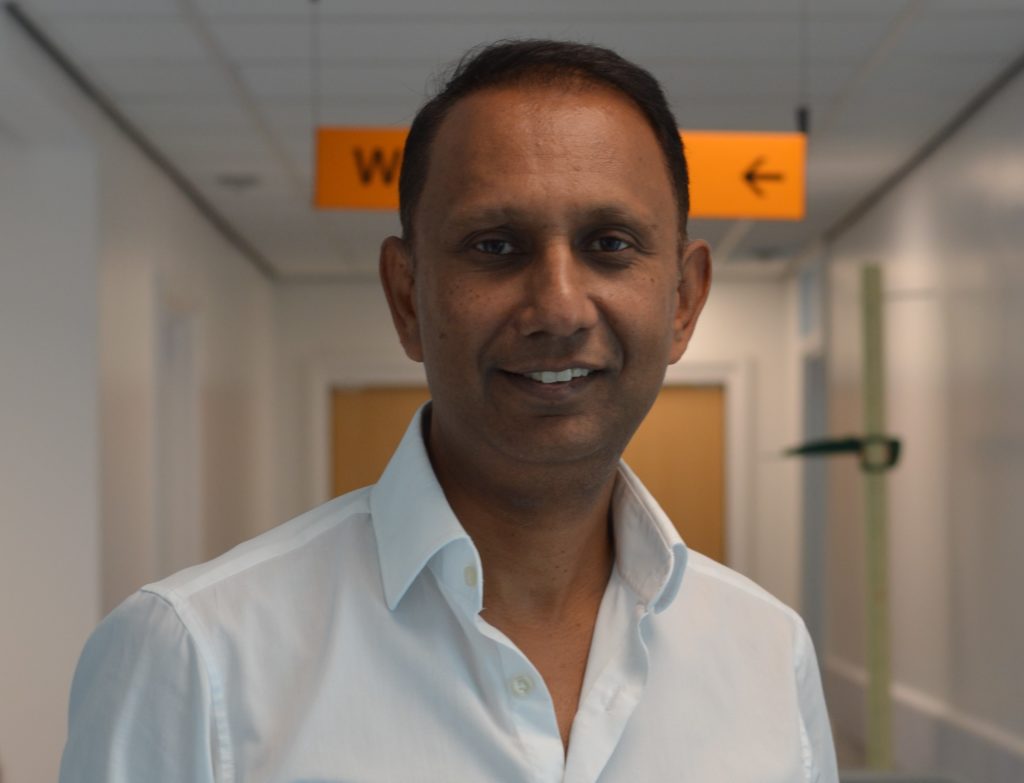 The human body is full of complex systems that take a lot of wear and tear over the course of a lifetime and in some cases it is possible to replace these systems, specifically joints like the hip, with artificial replacements.  Today’s NHS hero has been helping patients around the world regain their movement and freedom for over 20 years.

For consultant trauma and orthopaedic surgeon Manoj Sikand every day presents a new challenge – but that’s the way he likes it. The 51-year-old, from Edgbaston in Birmingham, has worked at Sandwell and West Birmingham NHS Trust for the last decade and specialises in hip surgery.

“Every day there’s the prospect of encountering challenging cases, and difficult problems to treat. My ability to get the patients with complex problems back to healthy life is what drives me day-to-day,” Manoj explains.

“A typical day begins at 8am where all the inpatients are reviewed, then I see patients in clinic and commence my theatre list on a range of operations both straightforward and more complex.”

A day could see Manoj operating or advising on anything from injuries sustained in serious accidents, to helping set bone fractures sustained in falls or even helping to combat ongoing degenerative conditions.  When you consider that the hip is one of the most common bones to suffer a break, it should not surprise you that Manoj is a man in demand – and it is work that’s taken him all over the world. Despite 21 years in the NHS, Manoj has had the opportunity to work in elite hospitals not just in the UK, but in America, India and Australia, working on ‘cutting edge’ hip surgery.

Improving the service overall is something that Manoj takes very seriously, and he was recognised for this within the Trust recently by winning the Excellence In Education Prize as part of its annual Star Awards. He also speaks fondly of his “great” mentor Indian orthopaedic surgeon Mr Aggarwal, in whose steps he has followed and his own hero Sir John Charnley.  It was the Wrightington-based surgeon who invented the hip replacement in 1960.

“Through him a solution was created to help alleviate humanity of the pain from bad hips and knees – that’s a major, major achievement – in fact it’s world-changing.”

Manoj himself has been able to help in his own way to date and has big goals for the future of his department.“I was able to organise a charity walk for all the happy patients who had successful hip replacements under my care. We held it at Cannon Hill Park in Birmingham and our Chief Executive also joined us as a guest. We managed to raise £8,000 which has since been used to further research into hip replacements. My next big goal however, is working to bring complex revision surgery to our hospitals so that we can provide this service for local people.”

Outside of work the father-of-two enjoys playing golf and badminton in his spare time and also enjoys travelling, although admits to a fear of heights as well. Yet despite that there could perhaps be another fund raising adventure in his future.

“I should probably attempt a sky dive once in my life.”