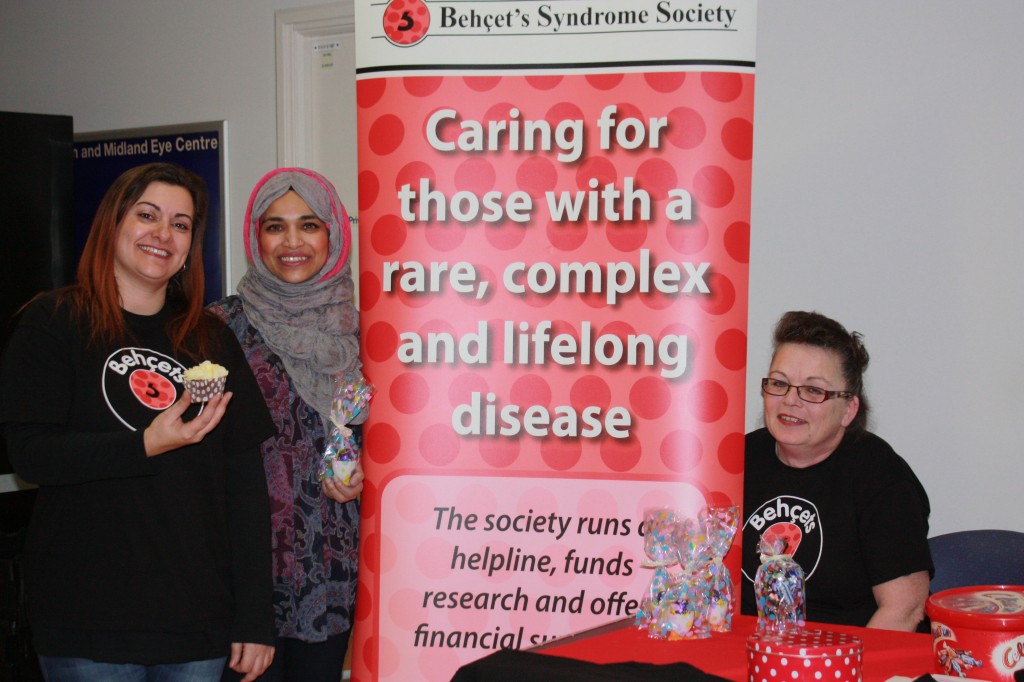 Volunteers from a local support group have been raising awareness of a rare condition in Birmingham today (28 February), as part of Rare Disease Day 2013.

Behçet’s syndrome is a rare disease that causes inflammation of the blood vessels. Symptoms affect various parts of the body and can include mouth ulcers, genital ulcers, eye inflammation and skin and joint problems.

Birmingham support group co-ordinator, Anisha Zaman, who lives in Handsworth, said: “We decided to hold the stall today, on Rare Diseases Day, to raise awareness of both Behçet’s syndrome and the Behçet’s Syndrome Centre of Excellence, which is based here at City Hospital.

“I have been receiving treatment here since being diagnosed with Behçet’s syndrome in 2006. The staff at the centre are very knowledgeable and being treated here has certainly helped me. We’ve raised over £70 today and told lots of patients about the disease, as well as the work of the centre and the Behçet’s Syndrome Society.”

Professor Phil Murray, Consultant Ophthalmologist, explained: “In Western Europe, Behçet’s syndrome is very rare, with only an estimated 500 people in the UK having a diagnosis.

“Behçet’s syndrome is currently incurable, but that doesn’t mean it is untreatable. With the opening of the centre, people with Behçet’s syndrome can now be seen by consultants from different specialties on the same day, instead of having to attend different appointments. Our patients are very grateful that they can now make just one visit to the Birmingham Behçet’s Syndrome Centre of Excellence and see consultants from different specialties, all on the same day.”