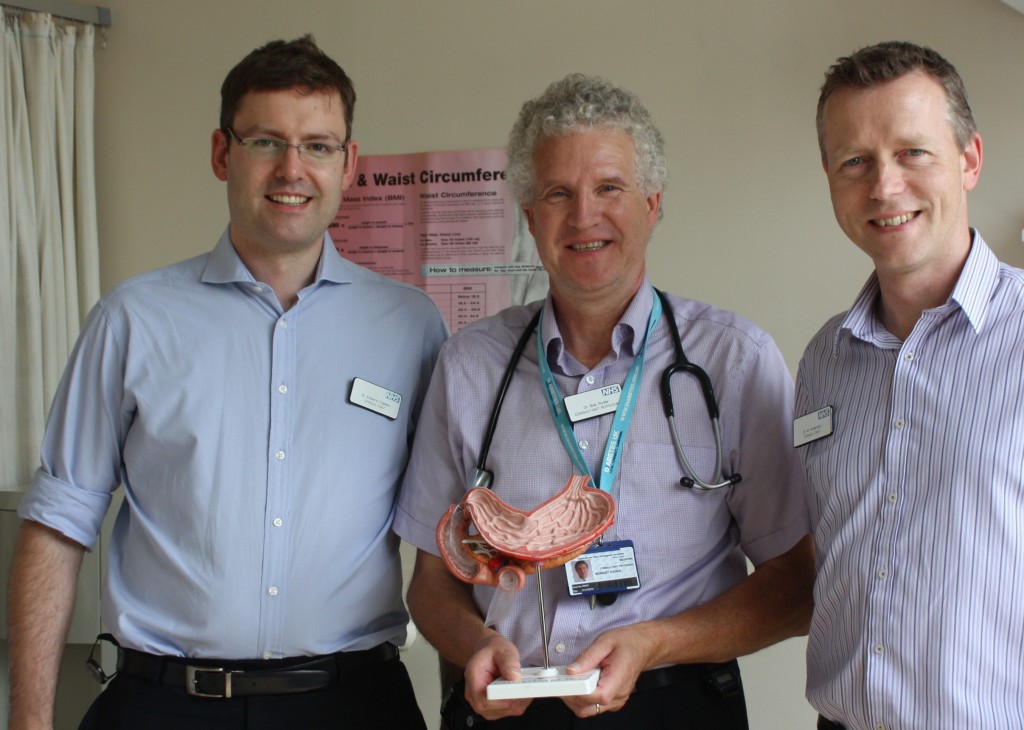 Sandwell and West Birmingham Hospitals (SWBH) NHS Trust is to be the first in the UK  to perform a ground breaking procedure, as part of an NHS approved clinical trial to help patients suffering from diabetes and weight problems.

Dr Edward Fogden and Dr Mark Anderson, Consultants in Gastroenterology at SWBH NHS Trust are due to perform the procedure tomorrow (Thursday) at City Hospital.

They will insert an endobarrier in the REVISE Diabesity (Randomisation to Endoluminal-intestinal-liner alone Versus with Incretin analogue in SustainEd Diabesity) trial.

Dr Piya Sen Gupta, Association of British Clinical Diabetologists (ABCD) Research Fellow, who is conducting the national trial funded by ABCD, said: “This trial presents an exciting opportunity for patients with combined diabetes and weight problems, who currently have limited treatment options, to kick start their way back to health.

“It is a novel idea to use a device to treat diabesity rather than using medications. By opening this study up to NHS patients in Birmingham, London and Glasgow, the results will be relevant throughout the UK.”

The endobarrier is a 60cm long tube-like liner that coats the inside of the small intestine (just beyond the stomach), allowing food to pass through but not be absorbed; the impermeable sleeve has been shown to improve diabetes control and reduce weight, without the need for invasive surgery in patients who have poor diabetes control with their current medication.

It is inserted by a procedure called endoscopy, which allows accurate non-surgical internal placement of the device.

Dr Bob Ryder, Consultant Physician in Diabetes at the Trust and principal investigator on this National Institute for Health Research (NIHR) approved study, said: “At the moment we are in a worldwide pandemic in which the number of patients with type 2 diabetes and obesity is increasing relentlessly year on year without any sign of the problem slowing down. This includes the UK.

“The best thing about it is it is not permanent and after insertion at endoscopy, is removed up to a year later, and we then have to hope that the patient maintains the improvement. This treatment is not currently an NHS treatment, but this is an NHS approved study and we hope that, if it proves successful, the device will become part of mainstream diabetes treatment within the NHS. “