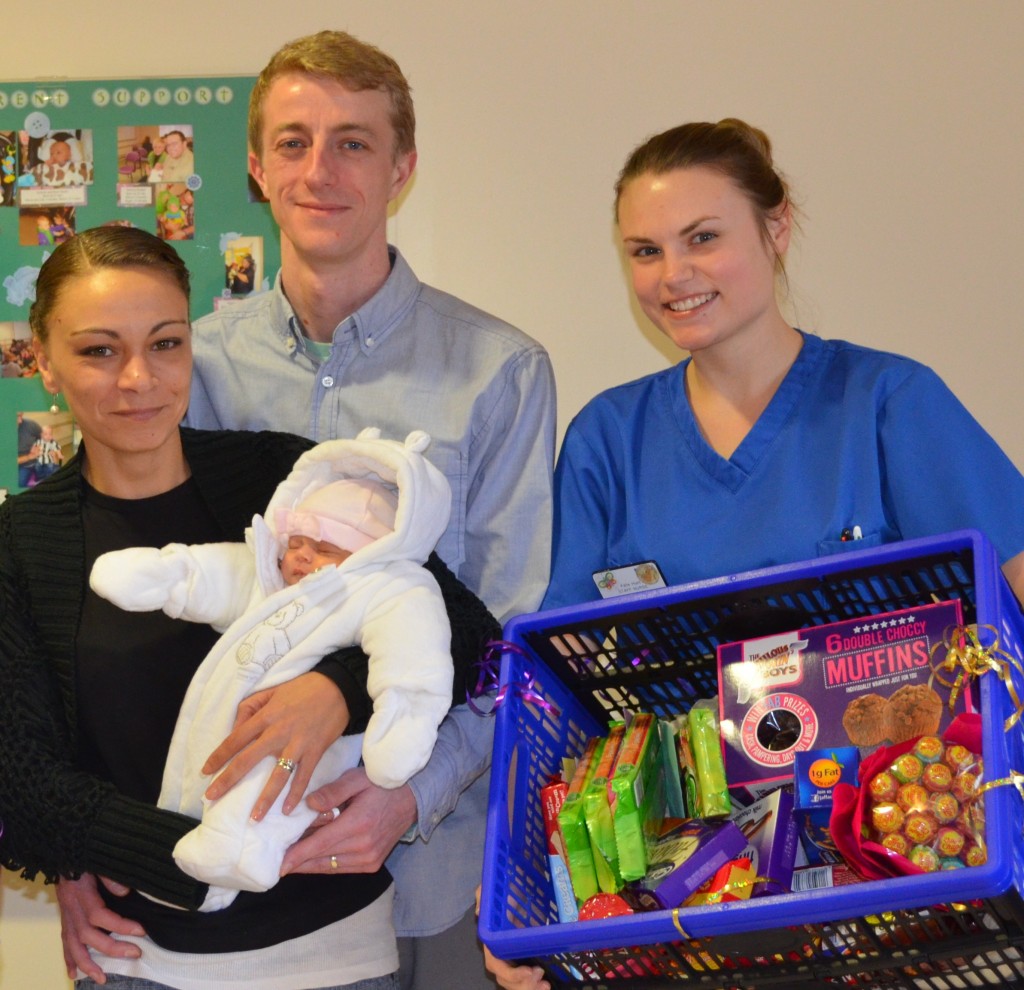 A couple whose baby was nursed back to health by specialists at Sandwell and West Birmingham Hospitals (SWBH) NHS Trust returned to show their appreciation with a donation.

Victoria and Oliver Campion, from Handsworth Wood, returned to the neonatal unit at City Hospital just a week after baby Shayla’s discharge to thank the unit’s nurses with big boxes of sweet treats.

Baby Shayla arrived into the world eight weeks earlier than expected. She was taken to the neonatal unit where she stayed for eight weeks suffering from a stomach infection.

Tests were undertaken and Shayla was found to be well again but unfortunately a couple of days before Shayla was due to go home her stomach infection returned, this meant she was tube fed for 14 days. Thankfully she is now well, putting on weight and at home with Mum and Dad.

Mum, Victoria, said: “Shayla has had about 40 mums in the past few weeks; when we left the unit on the night it always felt like they were looking after a piece of my heart. When I returned each day it was their good hands that ensured that little piece of my heart was still beating.

“They took care of her and us. When we felt helpless and were calling every few hours to make sure she was okay they would pick us up.

“They would go above and beyond, not only looking after Shayla in respect of her feeding and changing but cuddling her and ensuring she had the love that she needed when we were not at the unit.”

Dad, Oliver, said: “The staff on the unit are incredible, selfless and we really can’t compliment them enough. They have become friends to us and we desperately wanted to do something to thank them.

“The boxes of treats, is the only thing we can do at the minute but this isn’t even half of what we would like to do. When we asked about what the unit would really need when thinking about future fundraising they said a better parents’ room; their first thought is of us and it is this reason why we want to do charitable and awareness raising events for the unit.”

Victoria and Oliver are looking to start fundraising efforts annually for the neonatal unit to continue giving thanks to the nurses who helped their newborn.