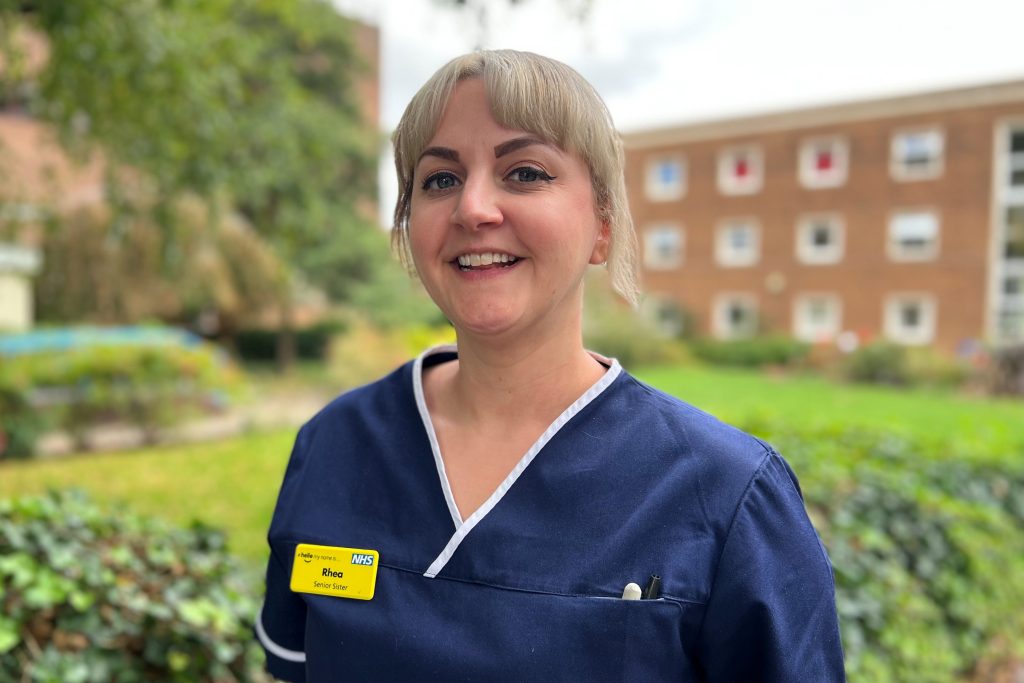 Sandwell and West Birmingham NHS Trust has become one of the first in the country to create a specialist clinical role focusing on the environment and sustainability.

Rhea Conn, an Intensive Care Unit (ICU) Nurse, will step into the job of Clinical Lead for Sustainability – the first of its’ kind to be created in the Midlands.

The new role is part of the Greener NHS Plan. In October 2020, the NHS became the world’s first health service to commit to reaching carbon net zero by 2045, in response to the profound and growing threat to health posed by climate change.

Rhea said: “I am excited about taking up this position for the next year which will mean we are looking at sustainability within the Trust from a clinical perspective. I’ve always had a passion for sustainability, and I want to make sure we can achieve the Greener NHS plan at a local level.

“There are several things that clinical staff can do to help. I’ve spearheaded a number of projects including introducing the use of reusable PPE during the first wave of the pandemic.

“Staff members are now using washable gowns and each person has their own respirator mask or hood. We have also been trialling the use of reusable tourniquets.

“Another project involved asking my colleagues in ICU to start bringing in reusable cups so that we no longer used polystyrene ones that were previously supplied in the coffee room. As a result, they are no longer available to order.”

Rhea won’t just be working on her own ideas – she will be collaborating with various departments to implement their projects to create a greener NHS.

“It’s about clinical colleagues being able to come to me with a project that we can look at and progress,” she added. “We are looking to get ideas from colleagues – we can support with driving  projects forward, and analysing cost and carbon savings.”

Fran Silcocks, Head of Sustainability for the Trust, added: “Rhea has already shown a fantastic commitment to driving greener working practices within her own department.

“Her actions led to her being presented with the Green Award in our staff recognition event The Star Awards.

“She has put in place projects that have moved the department to more resource efficient ways of working – saving time and costs and reducing waste. An example of this is reducing the amount of wastage from Mapleson C Circuits (equipment used for the delivery of oxygen and anaesthetic agents and the removal of carbon dioxide during general anaesthesia) by 50 per cent, saving around 500kg of carbon emissions and £3,000 in costs.

“It is crucial we make positive sustainable changes in clinical areas. We are already driving energy efficiency works, including installing solar power panels at City and Rowley Regis Hospitals. LED lighting has been rolled out across the sites to replace less efficient lighting and we have also continued with our highly successful Green Impact engagement programme which encourages staff to take on initiatives which will have a positive impact.”

Rhea, who will step into her role in January, added: “I firmly believe that the climate emergency is a health emergency – we must do everything we can to reduce emissions to ensure global temperatures don’t exceed a rise of 1.5 Degrees Celsius. By reducing, reusing and recycling as much as possible we will improve both the health of our planet, our patients and ourselves.”