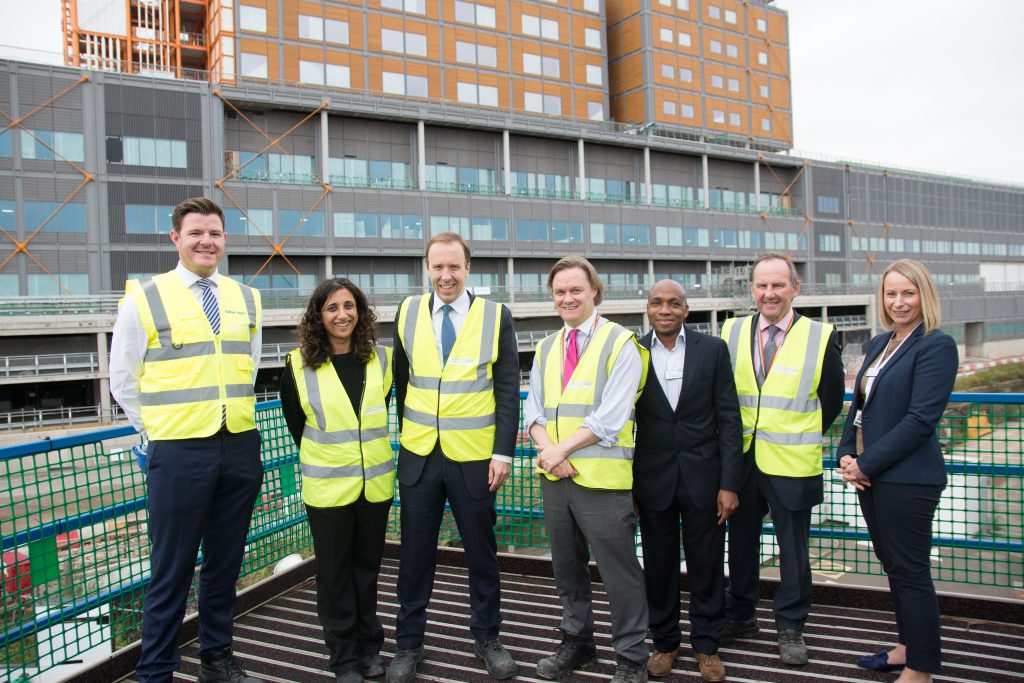 Matt Hancock, Secretary of State for Health and Social Care visited the Midland Metropolitan Hospital and vowed “it will be built on time and in budget”.

The Minister was shown around the Smethwick-site as part of his whistle-stop tour of the West Midlands.

The visit comes as Sandwell and West Birmingham NHS Trust, which will run the new hospital, is in the process of tendering for a contractor to take over construction of the two thirds built emergency hospital.
Building giant Balfour Beatty were appointed last month to take on the site, and will start work on Monday to make good the parts of the building that were left open to the elements since work stopped in January.

After his tour, the Minister, said: “I’ve come to see how the Midland Met progress is going. Next week they are going to start the physical rebuilding of this hospital. The steels are going up and we’ve been to see where that is going to happen. We are back on track for a 2022 opening.
“The collapse of Carillion meant that an awful lot of work has had to go into getting this hospital going again. But I’ve been talking to the clinicians who are going to be working in the hospital and have been involved in the design. I’ve seen how it’s going to be one of the leading hospitals in the country….once complete.

“We’ve still got a long way to go but I am absolutely determined to do what we can do to make sure that this hospital gets built on time within the new budget and I’ll be making sure the team keeps to their promises.”

During the visit, the Health Minister met with clinicians from the Trust as well as the organisation’s Chief Executive Toby Lewis and Chairman Richard Samuda. He also spoke with representatives from Balfour Beatty.