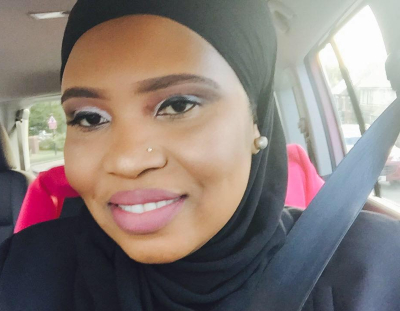 A female genital mutilation (FGM) survivor has welcomed a clinic run by Sandwell and West Birmingham NHS Trust that will offer expert care for victims of the procedure.

The “one-stop” support clinic is based at the Summerfield Primary Care Centre, in Heath Street, Winson Green.

Figures show that Birmingham has the highest rate of reported new cases of FGM, and in Sandwell and West Birmingham there were 310 cases in 2018/19.

Mum-of-four Sarata Jabbi, who was aged just seven when she underwent the horrific act in the Gambia, said the facility, Summerfield Women’s Clinic, is “much-needed”.

Her parents took her and her sisters to have the procedure after buying them new clothes and telling them that they were going to a party. She began campaigning in 2002 after working as a journalist and being made aware that the practice was child abuse and not a religious requirement.

She continued raising awareness after coming to the UK in 2010.

Sarata said: “I think this is a much-needed clinic and will give so many victims a safe and confidential way to seek help. There are many women from the Gambia, Somali, Eritrea and other African countries that have suffered and desperately need treatment as a result of FGM.

“It is a very good initiative and it shows that the NHS has recognised the importance of helping survivors and that the voices of the victims are being heard.

“Summerfield Primary Care Centre is a well-known venue and is easily accessible for many women from the communities where FGM is practised so I believe it will be a well-used clinic.”

The clinic is one of eight to open across the UK, as announced by NHS England as part of its Long Term Plan. It has been commissioned by Sandwell and West Birmingham Clinical Commissioning Group (CCG).

Alison Byrne, Specialist Midwife for FGM who will be running the facility, said: “It is in the heart of the community and will help many women who sometimes are unsure about how to access care or treatment after undergoing this procedure.

“Figures recording the number of women who have had FGM are high. But there are many more out there who haven’t come forward or do not realise that they are a victim of FGM, as it is the norm within their culture.

“We want to really push out the message that this clinic is there for them to access and can be done so discreetly and in the strictest of confidence.”

Michelle Carolan, Chief Officer for Quality at Sandwell and West Birmingham CCG added: “As the majority of women who have had FGM come into contact with NHS services after they have fallen pregnant – usually between the ages of 25 and 35 – the Birmingham clinic will prioritise swift support and treatment for women between 18 and 25, before they fall pregnant.

“The service will also be available to women outside of childbearing years.”

Hilary Garratt, Deputy Chief Nursing Officer for England, said: “These new NHS clinics will benefit hundreds of women who have suffered this most severe form of abuse and violence. These are clinics for women, run by women.”

“We’ve listened closely to survivors and their advocates and designed these brand new services with them, meaning that these clinics, and the highly-trained staff who will work in it, represents a real step-change in the quality and timeliness of support the NHS provides.”

“Survivors of FGM deserve to be heard and supported – and that is exactly what the NHS is working with them and others to achieve. Not only are we supporting individual women, but the impact this has on their families, communities and of equal importance, the next generation.”