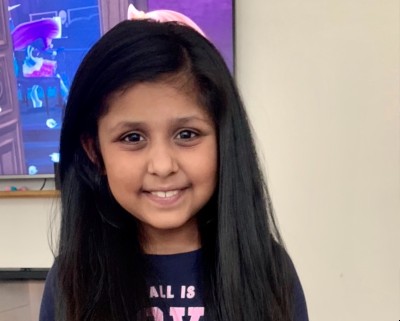 A mum has warned against the use of so-called miracle creams that “heal” eczema which contain high levels of very dangerous steroids.

Baljit Guraya, aged 33, from Tipton, was given a herbal cream to try on her daughter Avneet, who suffers from severe eczema, in a bid to try and cure her symptoms.

But unbeknownst to her, the “pink” cream contained potent levels of steroids – which falsely appeared to clear up her daughter’s skin, only for the eczema to return even more aggressively after they stopped using it.

Avneet, aged six,  is under the care of allergy specialist, Dr Nick Makwana, at Sandwell and West Birmingham NHS Trust. He has since tested the cream to find out what was in it and confirmed it contained powerful steroids.

Since then, Baljit has been offered another herbal remedy, called the “orange” cream which has also turned out to contain potent steroids.

She said: “Like many parents, we desperately wanted to heal Avneet’s skin, so we tried this pink cream. 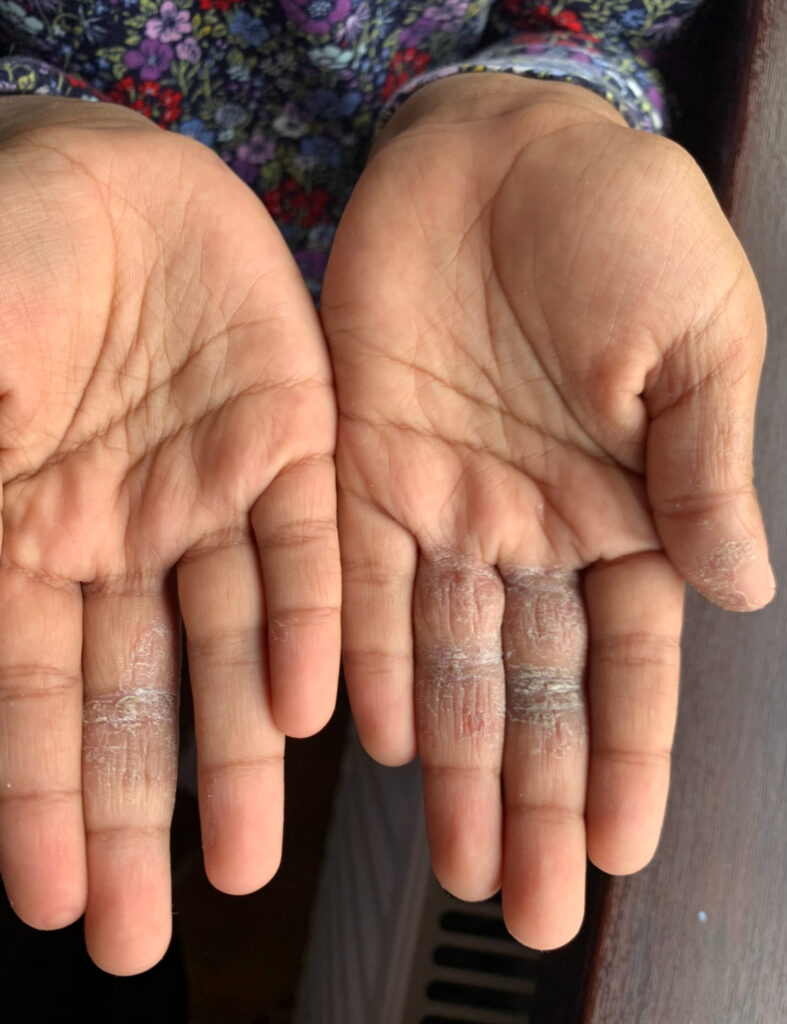 “People have since approached us suggesting that we try the pink cream. We tried to explain that the cream contained steroids but people were unwilling to listen to us. This just shows how far and wide news of these creams has been spread and how much work needs to be done to convince people these creams are harmful.”

Avneet has had eczema since birth. A rash appeared when she was just six weeks old behind her ears and in her neck creases.

Baljit recalled: “By her first birthday she had eczema on most of her body. She always looked red and sore. The scratching was intense especially at night times and she would struggle sleeping because she was always so itchy and irritable because of her eczema.

“We discovered that Avneet was allergic to milk when we started to wean her around six months.

“She was also allergic to soya, nuts, egg and coconut. She was prescribed topical steroids, moisturisers and antihistimines to control the rash. They worked to an extent but then they wore off. That’s when we tried the pink cream. The second cream had listed its main ingredients as saffron and petroleum jelly, there was no mention of steroids. I immediately gave it to Dr Makwana to test without using it.

“We were lucky that we had a willing professional that agreed to test both of the so called miracle creams for us and so could make an informed opinion about their use.  Others are not so fortunate. “

Dr Makwana said: “We are aware that eczema is a distressing condition in young infants and parents are often looking for a cure.  We know that eczema cannot be cured, but the symptoms can be controlled with treatment until the child hopefully grows out of the condition themselves.

“It is important to ensure that the child is reviewed by a health professional and the correct treatment prescribed.  Depending on the level of severity of the eczema we would use steroids but they would be at an appropriate strength suited to the child’s age and skin.  Many of these miracle creams contain very potent steroids which can lead to longer term damage to the delicate infant skin.  If any parents are unsure about creams they have been recommended then it is important to discuss with a health professional who could send the cream for testing to look for steroids as we did to help Avneet.”

Watch our video about Avneet’s story: