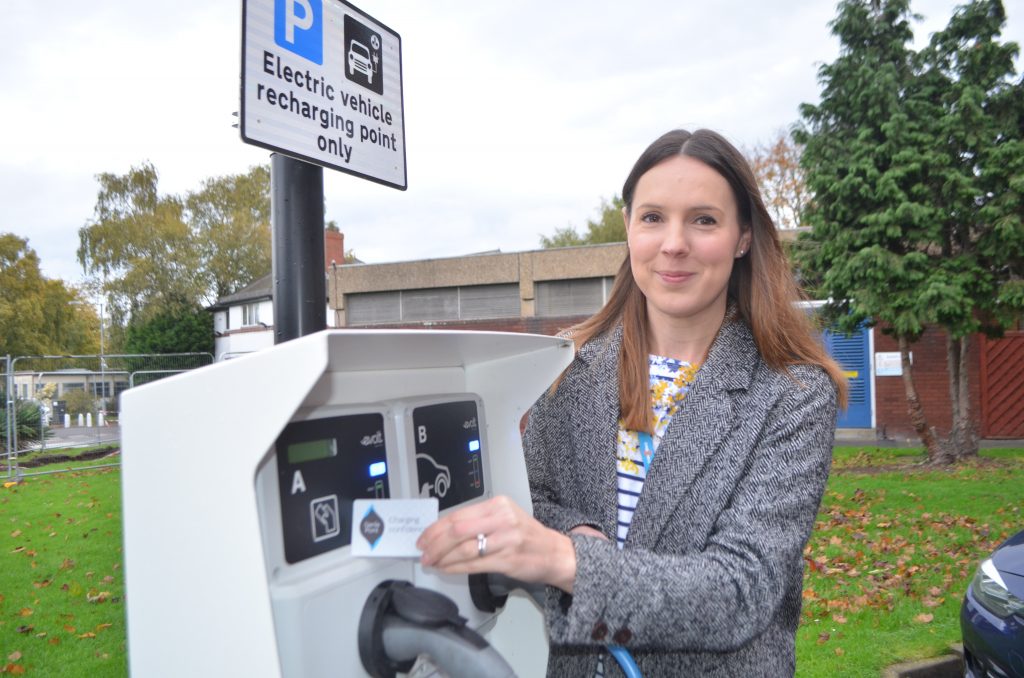 Sandwell and West Birmingham NHS Trust has revealed how it is playing its part in helping the NHS to cut one million tonnes of C02 emissions.

The organisation has introduced a number of initiatives to tackle climate change – including installing more than 100 electric vehicle (EV) charging sockets in its car parks and solar panel roofing at two sites.

The projects are part of the Trust’s Green Plan, which healthcare organisations in England are producing in a bid to help the NHS reach net zero by 2040 and reduce emissions which equate to taking 520,000 cars off the road.

Speaking on Clean Air Day (16 June), Fran Silcocks (pictured), Head of Sustainability, said: “We have a number of projects already in place as part of our Green Plan.

“As well as the introduction of more EV charging points, we also have solar panels at City Hospital and Rowley Regis Hospital.

“LED lighting has been rolled out across the Trust to replace less efficient lighting and we have also continued with our highly successful Green Impact programme which encourages staff to take on initiatives which will reduce emissions.”

Fran added: “With air pollution alone contributing to one in 20 deaths in this country a year, it is clear we are facing a health emergency as well as a climate emergency.

“Our Green Plan is a testament to our staff’s commitment to tackling climate change, and we are proud to set out the positive actions we will take to reduce our impact on the environment and safeguard the future health of our children and grandchildren. We are also developing plans to decarbonise our heating systems – a significant infrastructure change.”

Dr Nick Watts, Chief Sustainability Officer at NHS England continued: “The NHS was the first health system in the world to commit to net zero and the outstanding innovation and commitment from Sandwell and West Birmingham NHS Trust is a vital step towards achieving that aim.

“Doing our bit on climate change will directly improve public health and reduce health inequalities, cutting deaths caused by air pollution and ensuring a healthier future for our children.”