Celebrating The History Of Our Hospitals

City Hospital dates back to 1887, when the foundations of an infirmary for the Birmingham Union Workhouse were laid in March of that year.

The infirmary was designed by W.H. Ward. It was based on a design championed by Florence Nightingale, who personally wrote to experts telling of the infirmary’s ‘good work’ in caring for the non-infectious sick. Officially opened in 1889, the building incorporated a quarter-mile long corridor, with nine pavilions and open-air bridges connecting wings to allow for air circulation. To celebrate its opening, Queen Victoria sent two volumes of books to start a hospital library. Later that year a Nurses’ Home was built. 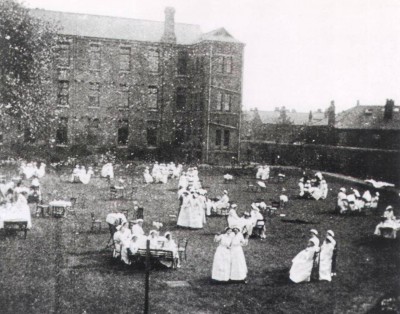 The infirmary modernised quickly, with  X-ray facilities introduced in 1912. The workhouse closed, and the site’s sole purpose became that of an infirmary. During the First World War around 54,000 military patients were treated at the hospital.

In 1920 the infirmary officially became a District General Hospital, funded exclusively by the City Council. The teaching of obstetrics arrived in 1922, though midwifery was far removed from the facilities on site today. In 1925, Mr Neville Chamberlain, Minister of Health opened a new deep X-ray department at the hospital.

During World War II it was decided the facility would remain a civil hospital. It still did its part for the war effort however, transforming its new maternity block into a casualty clearing facility for service and air raid casualties.

On the 5th of July 1948 the National Health Service (NHS) was introduced, with the hospital under the control of the Regional Hospital Board. The hospital’s first specialist diabetic clinic opened in 1950. Birmingham Hospital Radio was founded in 1952 and the Olga Snowden School of Nursing opened its doors in 1959.

During the 1960s the hospital opened a postgraduate centre to giving medical students the chance to continue learning in a hospital environment. The decade also witnessed the opening of the Windmill Theatre Suites, while building began on the Outpatients and A&E departments. 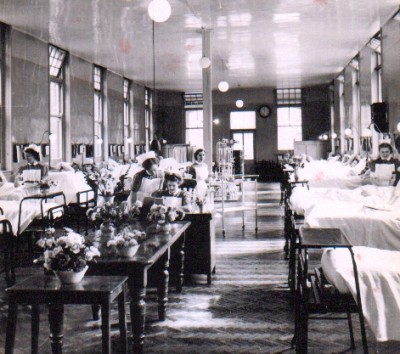 The Women’s (now Royal) Voluntary Service) began servicing the wards with a trolley shop in 1964, and are still represented today.

May 1971 saw the opening of a new department of pathology, housing microbiology and haematology facilities, while in 1975 a new child assessment unit was officially opened Mr Brian Steventon, chairman of the charity fund committee for British Leyland, who also donated £2,500 to start a toy library for children been treated on the unit. Later that year a 196-bed day hospital was built, and opened by HRH Princess Alexandra.

In 1996 the Birmingham Midland Eye Centre was opened at the hospital by HRH Prince Andrew, and the Birmingham Treatment Centre opened in November 2005.

In 1884 the West Bromwich Guardians built a new infirmary as an extension to the West Bromwich union workhouse on Hallam Street. However, it didn’t become a separate hospital until 1925 when it became Hallam Hospital. At this time, the hospital specialised in the treatment of infectious disease. A Nurses Home was added in 1927.
During the 1940s a hospital library was started to serve the interests of war-wounded sent to the hospital during the Second World War. 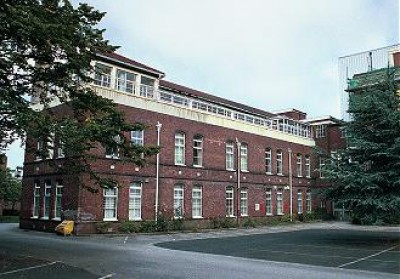 In the 1950s Hallam Hospital made its first radio broadcast when the husbands of the Women’s Royal Voluntary Service provided a football commentary service to patients, live from nearby West Bromwich Albion. The decade also saw the forming of West Bromwich Friends of the Hospitals, a volunteer group for the three local hospitals of the time: Hallam Hospital, Heath Lane Hospital and West Bromwich and District Hospital. These volunteers helped raise money for the hospitals, knitted operation stockings and helped run a trolley shop and library service for the wards.

The 1970s marked a decade of change for the hospital. Several new buildings were constructed to improve services, leading to the facility being renamed Sandwell District General Hospital. The new and improved hospital was opened by HRH Princess Alexandra of Kent in 1978. Patients were transferred over from the old Hallam Hospital buildings into the new hospital, though some of the old Hallam Hospital buildings remain in use today. 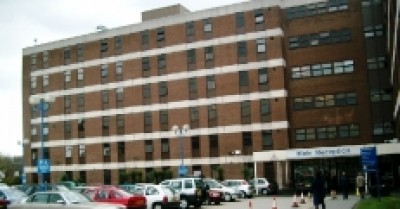 Following a grant from Marks & Spencer in 1984, the Sandwell Hospital Radio studio was built in the courtyard garden and aired its first broadcast in January the following year.

In 2002 the A&E department was burnt down in an arson attack. This did however give the hospital the opportunity to upgrade its services, with the £18m Emergency Services Centre was opened in 2003.

Rowley Regis Community Hospital was opened in 1994 by the Duchess of Kent. It provides continuing care, rehabilitation and respite care. It also has a range of outpatient and diagnostic facilities.