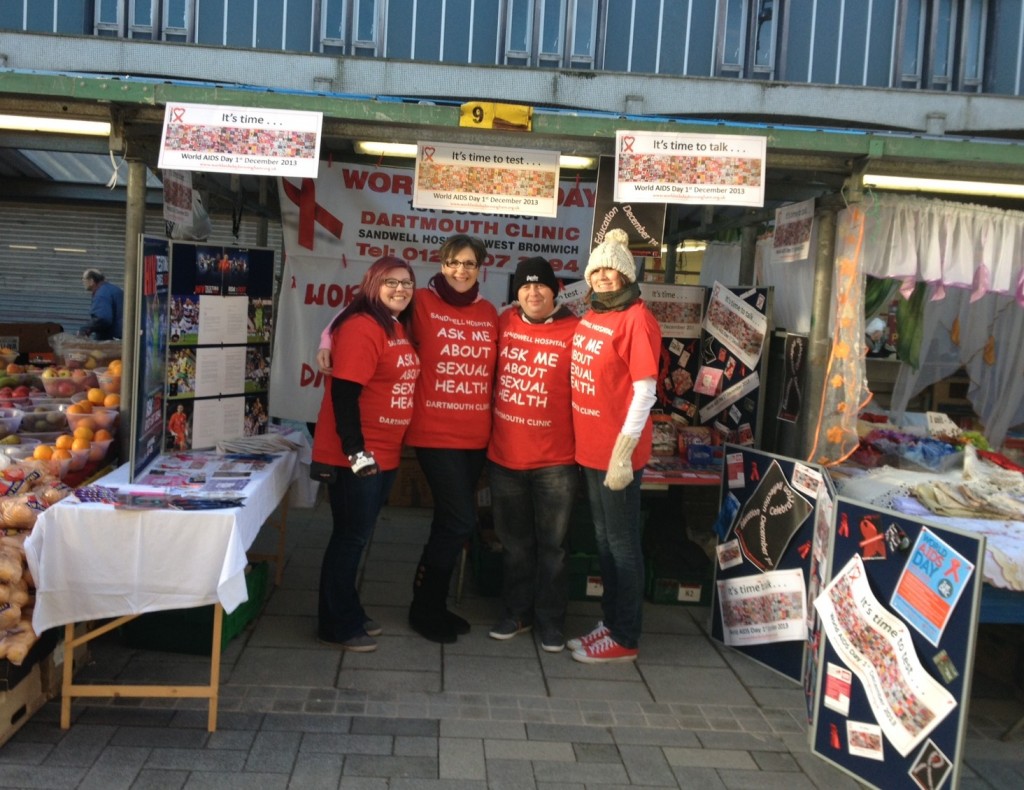 Sexual health staff at Sandwell and West Birmingham Hospitals NHS Trust raised awareness of safe sex and testing by speaking to shoppers at a town centre roadshow over the weekend (Saturday 30 November).

World AIDS Day is held on 1 December each year and is an opportunity for people worldwide to unite in the fight against HIV, show their support for people living with HIV and to commemorate people who have died.

Despite the freezing weather, the team spoke to hundreds of shoppers at the stall, near the Sandwell Centre, and gave out more than 400 information packs, containing pens, condoms and leaflets about HIV and Dartmouth Clinic.

Alexandra Young, Senior Sexual Health Nurse at Dartmouth clinic, said: “It was a really successful day. We used the opportunity of World AIDS Day to reach out to shoppers of all ages and backgrounds, telling them of the importance of safe sex and how to access Dartmouth Clinic for free tests and confidential advice.

“There are currently around two people in every thousand in Sandwell who have tested positive for HIV. However, recent findings show that more than a fifth of people who have HIV do not know it, and without being tested or using condoms, they are risking passing the infection on to others. I would urge anyone who has concerns to get them checked out at our clinic.”