We lend a helping hand at Rosie’s Festival 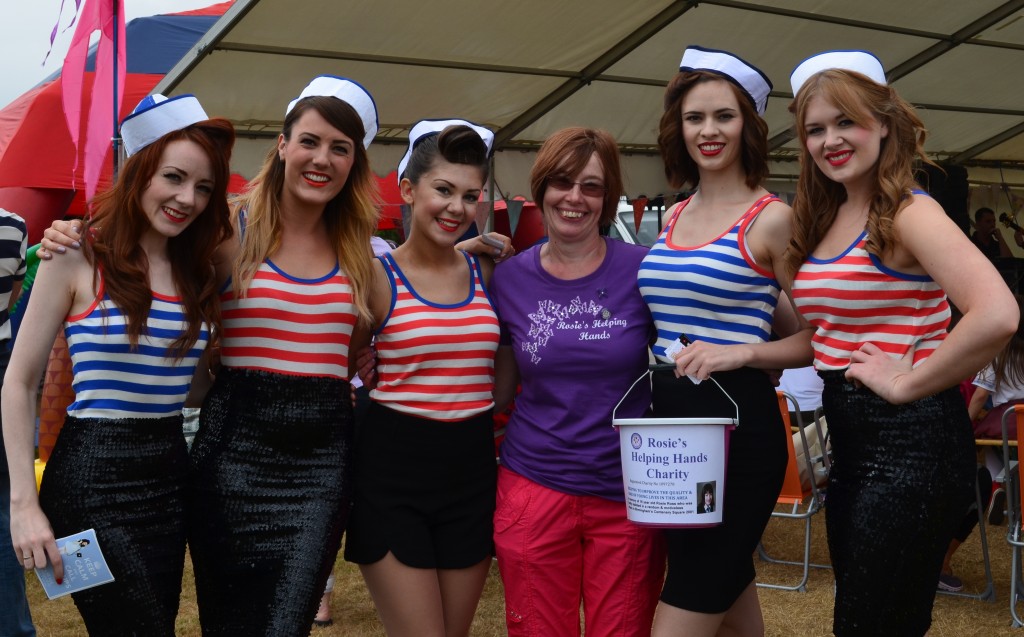 The charity was set up by Karen and Sean in memory of their daughter Rosie. Rosie was treated at City Hospital in 2001 after being stabbed in a random, motiveless attack during a shopping trip in Birmingham. Despite the best efforts of staff Rosie tragically passed away aged just 16.

Rosie’s Helping Hands are long-time supporters of SWBH charity and have made numerous donations to the Trust’s paediatric units. With many of our younger patients now benefiting from toys, games and items like Xboxes it was only right that we returned the favour and lent them a helping hand.

The purpose of the event, held at Aldridge Airfield, Walsall, was not only to raise money for local children and young people but to also create a community spirit, something we definitely feel was achieved as there was a great atmosphere and it felt like everyone knew each other, which we’re sure is quite unlikely!

Even though the recent sunshine was disrupted by showers, reminding us what British weather usually consists of, spirits weren’t dampened. Walkers and festival goers passed through the registration tent in droves, many stopping to drop a generous ratio of notes to coins in the donation buckets.

On top of making donations, many people raised sponsorship for participating in the walk that had two route options, a family-friendly 1 mile stroll and longer 3 mile course for those that wanted a bit more of a challenge. In addition to the walk there was plenty to do with fun for all the family. There was loads to keep little ones entertained with inflatable obstacle courses, circus games, pony rides and toys galore. On top of this there were stalls selling refreshments and live music from a variety of acts including the Pin-Ups, pictured.

With sponsorship still being collected the total amount of money raised is still to be announced but judging by the success of the event there’s a good chance that it could be more than ever before.

Now in its twelfth year, Rosie’s Walk and Festival is an annual event so if you missed out this time around make sure you save a spot in your calendar for the third Sunday in August next year.

If you would like to find out more about Rosie’s Walk and Festival or the amazing work that the charity does, visit their website at www.rosieshelpinghands.org

For more information on getting involved with SWBH charity contact the Fundraising Team on 0121 507 5196 or email swbh.fundraising@nhs.net