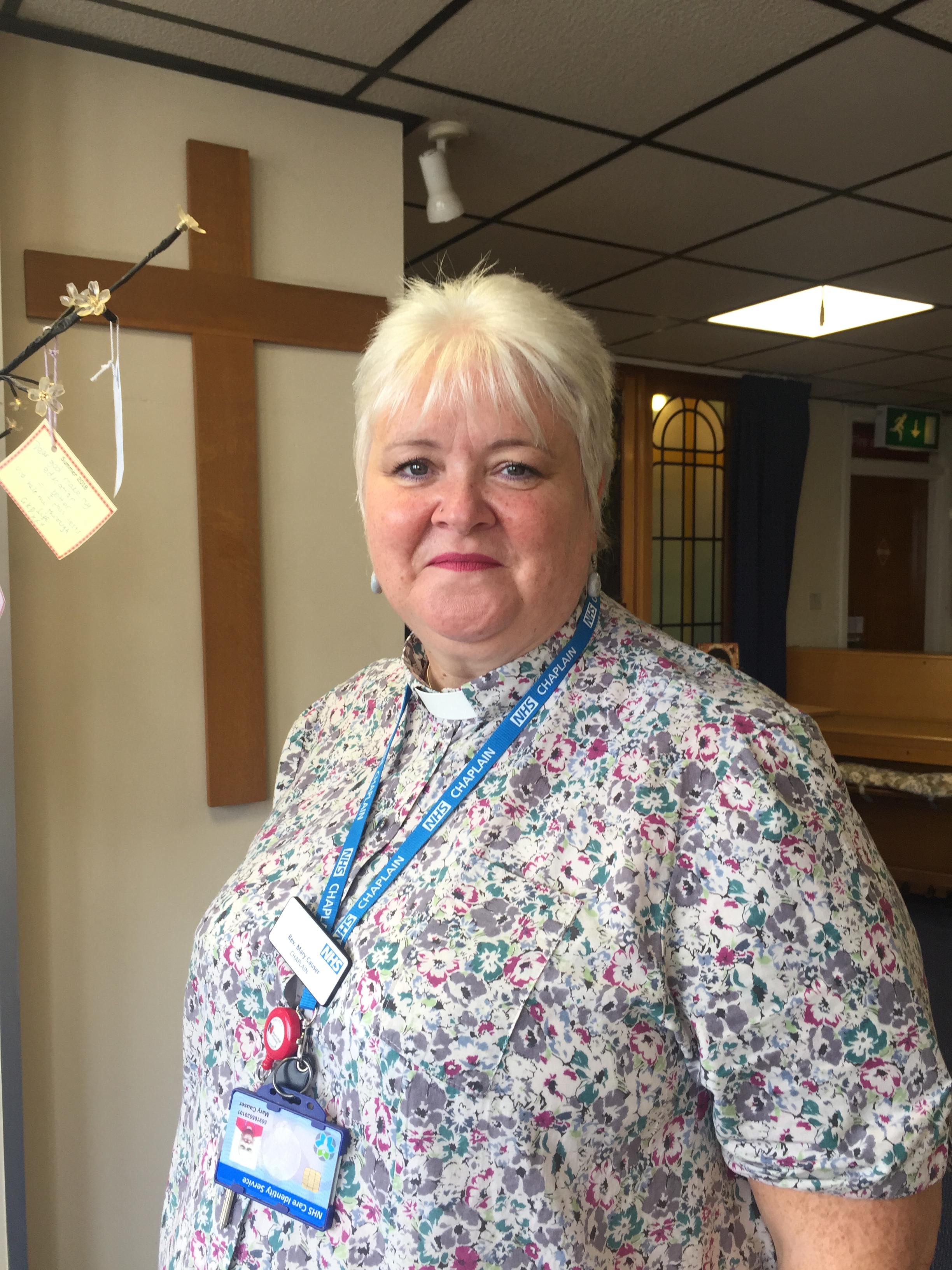 It was one of the most poignant moments that Rev Mary Causer has faced during her time working within the NHS.

As chaplain at Sandwell and West Birmingham NHS Trust, she was asked to marry an end-of-life care patient to his long-term girlfriend at City Hospital, Birmingham.

“I had just started working at the Trust and was asked to marry a beautiful couple,” explained mum-of-one Mary, aged 53.

“The patient was very ill but wanted to carry out this one final act with his partner.

“It was a sacred moment that was an important part of the process for him and his wife because they been together for a while.”

Mary, who has worked for the Trust for more than two years, added: “I had to organise the legal side of the marriage, and also be the emotional support – which was all a new experience to me. The staff were amazing throughout and helped to decorate his room where we held the ceremony.

“The patient sadly passed away soon afterwards, but I have kept in touch with his wife and she is very grateful that she was able to say her vows to her husband witnessed by her family and friends.”

Working within the NHS is certainly a big change from Mary’s previous job.

She recalled: “I had come from working as a chaplain in a category A prison, so there was a big difference in the type of ministry I provided.

“But I really enjoy being here. My hope is that wherever I am across the Trust, I can make someone smile. I like making people laugh, but it’s also about being in the right place at the right time for those people who need more direct spiritual input.

“The chaplaincy is incredibly important and I see that my congregation isn’t a church, but a whole Trust.

“There is no typical day for me because we offer a bespoke service for patients, their families and the staff that work here and I offer faith to those who are seeking it.”

Mary decided to become a chaplain after studying theology at college. She had been invited to sing at a prison. She saw how a chaplaincy worked and it appealed to her.

“I didn’t really know what I wanted to do whilst I was at college, but singing at the prison helped me to come to a decision,” said grandmother Mary, who lives in Langley, Oldbury.

In her spare time Mary likes watching murder mysteries and also sprucing up her garden. So who is Mary’s hero? “It has to be Emily Pankhurst – she had no fear and she had a conscience that she lived out, making changes not just for England but across the world.”