Staff at our Trust are backing a national campaign urging more women to undergo vital cervical screening – by smearing lipstick across their faces.

Sandwell Hospital’s gynaecology department have posted a #SmearForSmear selfie in a bid to encourage women to take up the test. 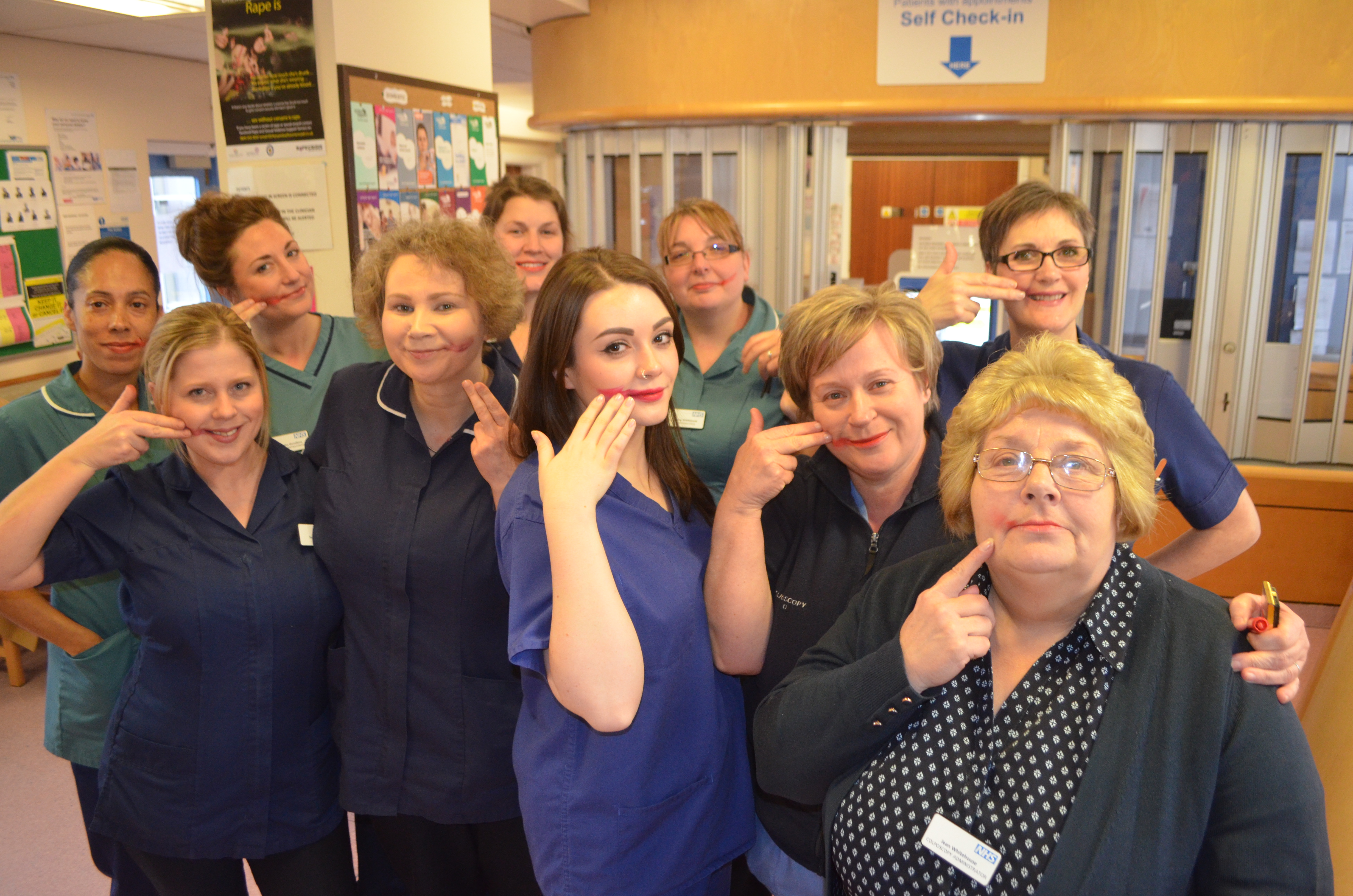 Former TOWIE star Danielle Armstrong has already posted a lipstick-smeared selfie on her Twitter account to show support, whilst DIY SOS presenter Nick Knowles is also backing the campaign by the charity Jo’s Cervical Cancer Trust, after his ex-wife was diagnosed with the disease.

Recent national statistics showed that nearly a third of women in Sandwell and Birmingham who are eligible for smear tests failed to attend their appointment.
Sara Greenway, of the Colposcopy team at the Trust, said: “Cervical cancer is preventable and screening is the most effective way to help us identify the disease at an early stage.
“We are supporting #SmearForSmear in a bid to encourage more women to get tested.

“It is important for women to know that screening is very simple and quick.

“We understand that there are many reasons why women would not want to attend their appointment when they are invited. Many are fearful about the procedure, but the most common reason they give us for not attending is that they could not find the time to attend.

“And yet, if cervical cancer is identified too late, women might not have much time left for themselves and their loved ones.”

In Sandwell a shocking 31 per cent of women have not shown up for their test, whilst the figure in Birmingham is even higher with 34 per cent not attending.

Cancer survivor Leah Ferris, (29), from Bearwood, is backing the campaign. 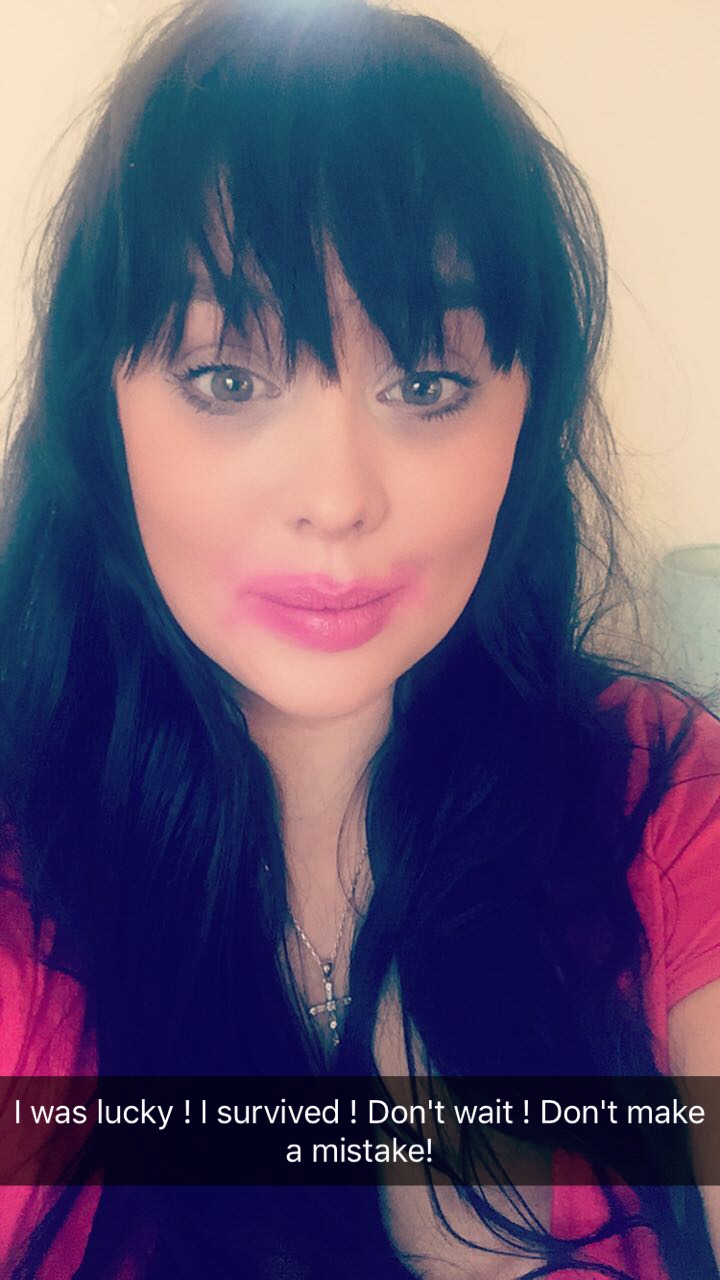 She said: “I am supporting the #SmearForSmear campaign because I will be forever grateful for the smear test that saved my life.

“I didn’t realise how important screening was for younger women until it I was diagnosed with cervical cancer.

“I think it’s an extremely important campaign which is putting the message out there so potentially more lives can be saved.

“I really want women to know that no matter how small a doubt may be, never ignore it. I know how it feels to be afraid, but to be told there’s hope because you caught it in time is worth everything. So please go and get tested.”

She recalled: “I used to ignore the invitations to take the cervical screening test. It was only when I started experiencing a change in my monthly cycle that I went to my GP to book a smear test. The result came back and showed that I had cervical cancer. I could not believe it at first and I was frightened. Fortunately, I was in good hands. Doctors and nurses at City Hospital took great care of me and I am now free from cancer.”

“We simply cannot afford for this to continue. Smear tests prevent 75 per cent of cervical cancers and provide the best protection against the disease. I would encourage every woman to attend their smear test when invited and hope that people in Sandwell and Birmingham will join our #SmearForSmear campaign to raise awareness of smear tests.”

Cervical screening saves 5,000 lives a year in the UK. It detects changes in the cells or the cervix at an early stage. These changes cause no symptoms. However, if left untreated, they can, in some cases, develop into cervical cancer. Women from the age of 25 to 49 will receive a letter every three years inviting them to take a test. Women from the age of 50 will get invited every five years.

If you would like to speak to Leah please contact the Communications Team. Pictures and video are available of Leah upon request. To find out more about cervical screening and cervical cancer, please visit www.jostrust.org.uk