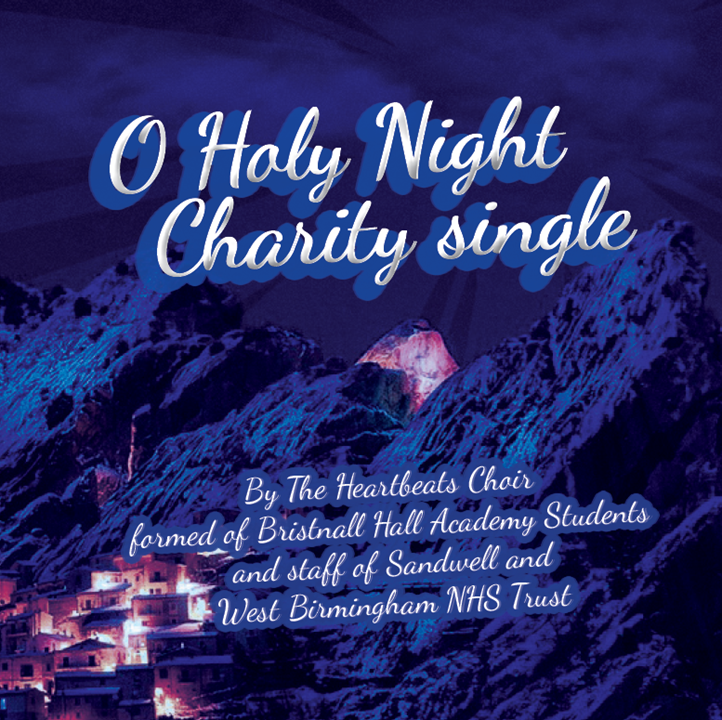 Your Trust Charity is proud to announce that it has teamed up with pupils from Bristnall Hall Academy in Oldbury, to release a Christmas single.

The track, O Holy Night is now available, and will raise vital funds to enhance the patient experience at Sandwell and West Birmingham NHS Trust.  The organisation runs Your Trust Charity, as well as Sandwell, City and Rowley Regis Hospitals.

The song will go head-to-head with the winner of this year’s hit TV show X Factor and other chart-topping artists and even had the approval of music mogul Simon Cowell – aka lookalike Andy Monk, who said: “It’s got the X-mas Factor”.

Amanda said: “We are so excited about the release of our single O Holy Night. We performed it for the first time today to an audience and we received a great reception. Simon Cowell even turned up and gave it the thumbs up. 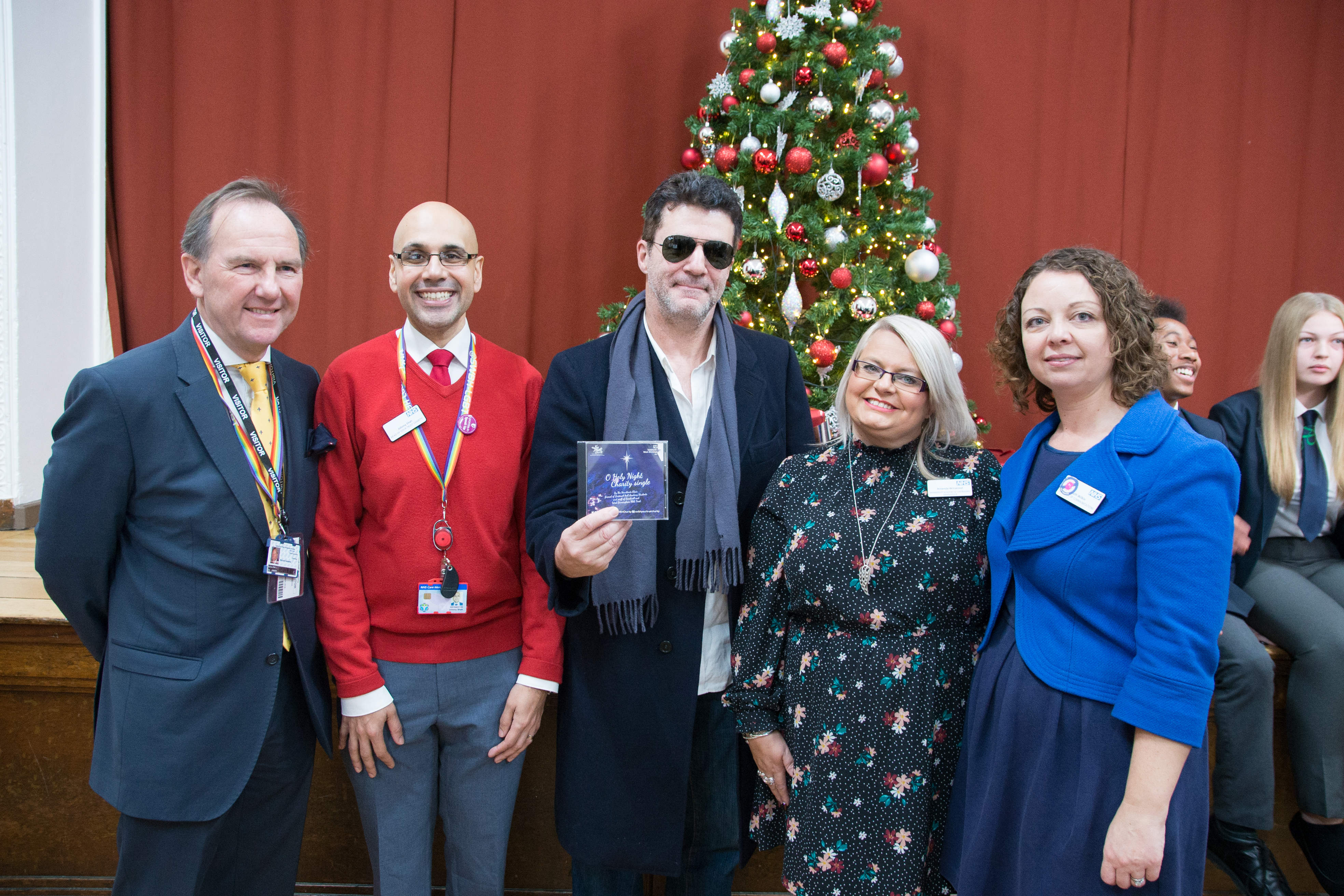 “I want to thank everyone involved in the project which includes the staff and students from Bristnall Hall Academy, the local Police Community Safety Officers, and our NHS colleagues.

“It’s a heart-warming song which we are releasing at a joyous time for a very worthy cause.

“Every penny raised through sales of this single will go straight back in to helping our charity provide the wonderful care our Trust is known for.

“I’m asking everybody to support us, you can download the single or buy one of our limited edition CDs for £5.”

James, who works as sound designer for the BBC show Doctor Who, added: “As a former pupil of Bristnall Hall it was an honour to take on the challenge of composing an arrangement for this classic Christmas song.

“Working with Your Trust Charity and the school is both rewarding and uplifting. I hope the single can raise some funds to help the local community. Making people’s lives more comfortable by providing good patient care is a cause I feel passionately about and with the help of the school we can all do our part.”

Vince Green, Principal at the school, said: “This is an amazing initiative from Your Trust Charity raising funds for such a very worthy cause. Students and staff at Bristnall Hall Academy were honoured to be invited to host the recording and sing with staff from the Trust who kindly committed their time and talent to the single. It will be great to see this charity single being well supported by people from our community and beyond.”

To download the single search The Heartbeats Choir on Apple Music, or go to the following:

Or you can pick up your limited edition CD for £5 by contacting Amanda.winwood@nhs.net.